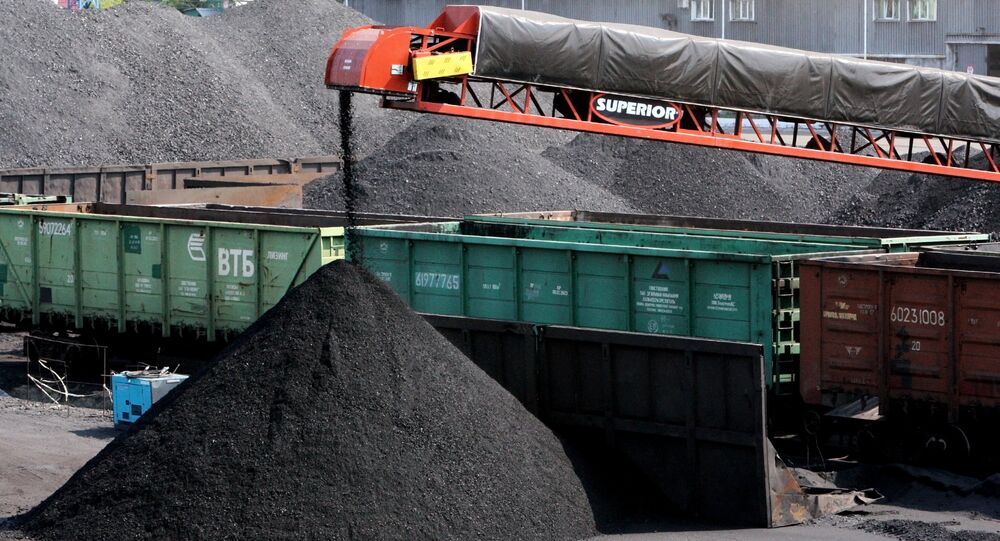 Latvian GDP Could Contract by 1.7% Due to Russian Coal Transit Termination

In a worst case scenario, should the suspension continue indefinitely, some 75,000 Latvian workers could become unemployed, according to the study.

© Sputnik / Maksim Blinov
Reporting on Losses From Sanctions are 'Anti-Latvian Propaganda' – Foreign Minister
RIGA (Sputnik) — Russia’s suspension of coal and iron shipments through the country could lead to Latvia's gross domestic product decreasing by 1.7 percent and unemployment rising by 1.1 percent, according to a study commissioned by the state-owned Latvian Railways (LDZ).

"In case of 100 percent loss of cargo transit from Russia [Latvian] transit industry will lose 47.3 million tonnes of cargo and 1.3 billion euro [$1.44 billion] of profit. Latvia's GDP will shrink by 1.7 percent, tax revenues will decline by 2.4 percent, while unemployment will rise by 1.1 percent," the study said, as quoted by the Latvian Business News newspaper.

The authors of the research, the audit company EY, added that in a worst case scenario, should the suspension continue indefinitely, some 75,000 Latvian workers could be made unemployed, including 20,000 LDZ employees.

According to a source at the port of Riga, Russia issued a notice warning of a two-month suspension of coal and iron shipments, effective as of August 12.

On August 13, a spokesman from the Russian Railways company stated that the suspensions are due to planned maintenance work on critical infrastructure.