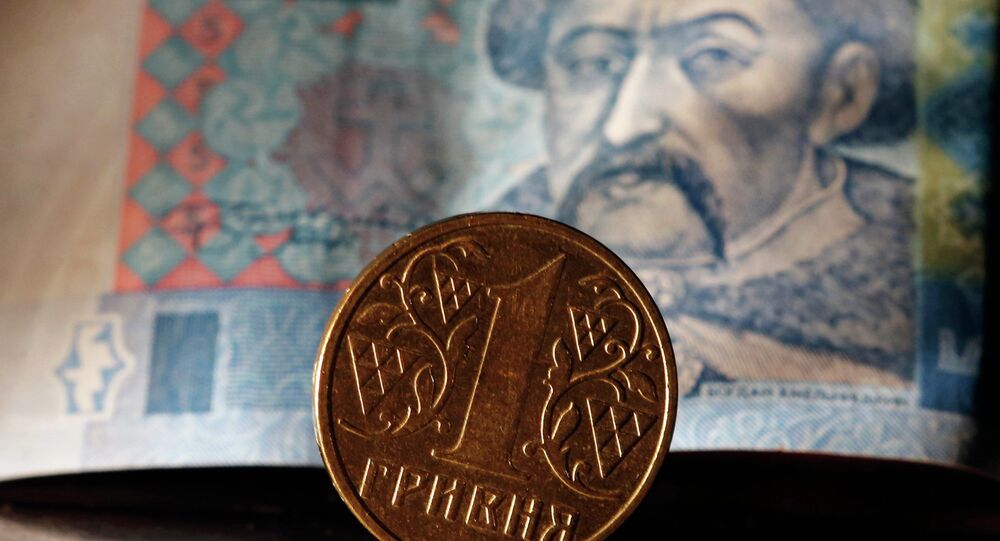 The size of Ukraine’s underground economy has risen to almost 50 percent of the country’s GDP, causing the government to lose billions of dollars, Gazeta.ru reported.

During the first quarter of 2015, Ukraine's underground economy increased by another 5 percent and now equals to 47 percent of the country's GDP.

In the past, the Ministry reported that by the end of 2014, the underground economy increased by 7 percent, reaching 42 percent of Ukraine's GDP. At the time, that was an all-time record high since 2007. The 2015 numbers have left last year's record in the dust, Gazeta.ru said.

The above 40 percent index of underground economy is typical for the countries of South America and Africa.

© Sputnik / Andrey Stenin
Maidan Left Ukraine With Wrecked Economy
The growth of the informal sector leads to the fact that the country's budget receives fewer taxes, which in Ukraine's case is catastrophic. The country is losing between 2.5 and 3 billion hryvnia a month due to the tax shortage, said Roman Nasirov, the head of Ukraine's fiscal services.

With the start of the heating season in the fall, Ukraine will have to purchase more fuel using its currency which might even further devalue the hryvnia. Afterwards, the country can expect an even more dramatic increase in prices, the source said.

Since the 2014 coup, Ukraine has been on the edge of economic collapse. The country's economy heavily relies on external financial assistance. The overall financial aid package to Kiev amounts to some $40 billion in loans from the IMF, the United States and the European Union.