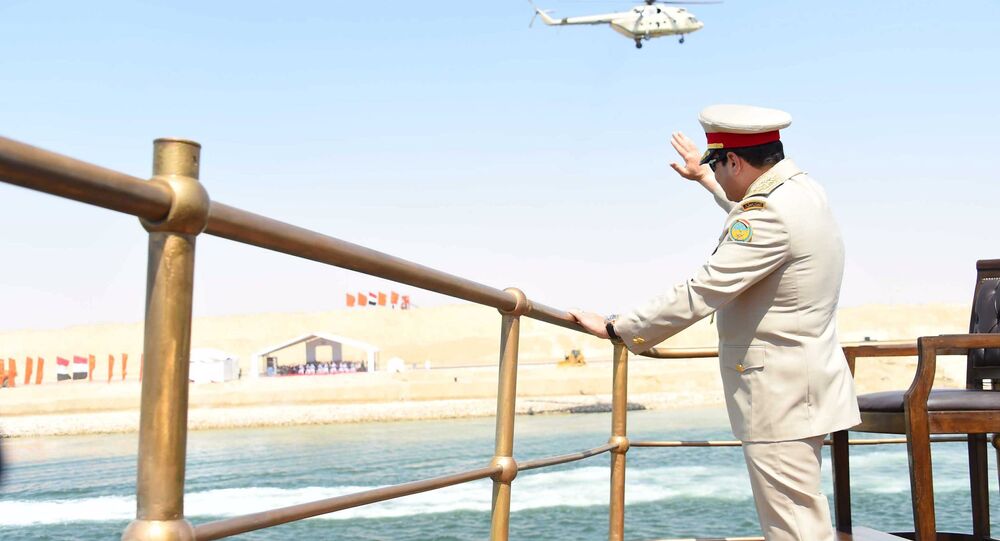 Dirk Visser, a shipping consultant with Dynamar B.V. - a company providing marine information and intelligence, spoke to Sputnik about the project dubbed by Egyptian officials “The Great Egyptian Dream” which is estimated at nearly $8 billion and has taken a year to complete.

Egypt predicts they will their triple income with the opening of the Suez Canal. The authorities predict that the renovations will double the amount of ships per day and thus significantly increase the revenue.

“The income from the canal is estimated to be $5 billion per year and now they are expecting it to go triple by 2023. If that is realized it will be a very welcome contribution to the Egyptian economy, which has been suffering due to all kinds of political situations. The tourist business has come down considerably,” Visser told Sputnik in an interview.

He further spoke about how the merchandise traders are looking for ways to travel the world in order to take their goods to their final destination. Expanding the Suez Canal will result in the expansion of trade.

The Suez Canal is the fastest link between Asia and Europe and accounts for around 7% of global seaborne trade. It has long been a principle source of state revenue for Egypt.

© REUTERS / Amr Abdallah Dalsh
The World is Not Enough: Egypt's New Suez Canal Conjoins Chinese Silk Road
“Egypt built a 35-kilometer bypass along the Suez Canal and deepened it so as ships will be able to travel along this stretch in different directions simultaneously.”

“There will be competition between Suez Canal and Panama Canal now, and when the comparison of weight toll will be done it will be clear which canal will be able to allow ships that carry more merchandise to pass through,” elaborated Visser.

The new 44.7-mile Suez channel is part of the development of the surrounding area into an industrial, commercial and logistics hub that will include the construction of additional ports and improved shipping services.