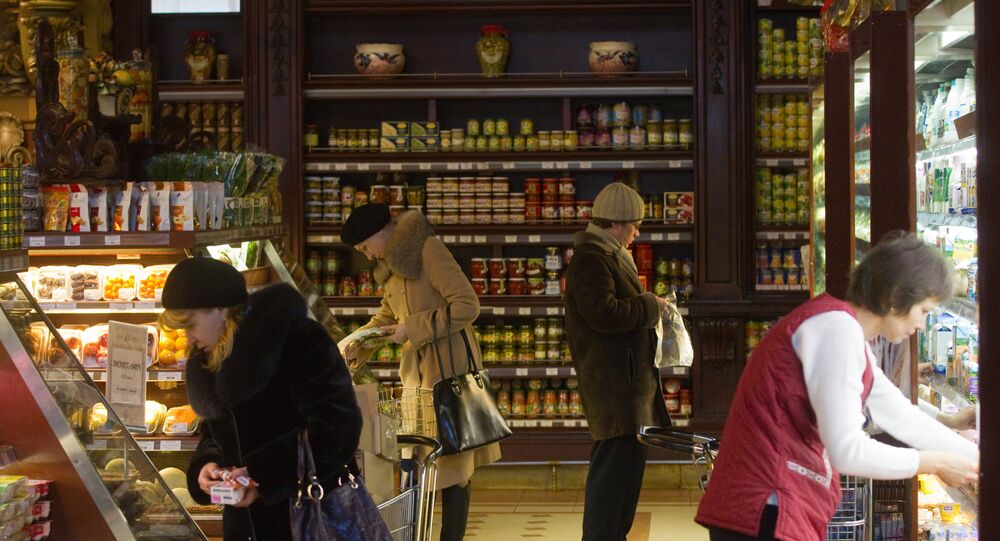 Western sanctions have failed, while the state’s “Buy Russian” mechanism is working, said Gillbert Doctorow in an interview with Sputnik radio.

Having reviewed a number of supermarkets in the Russian city of Saint Petersburg, American businessman and political scientist Gillbert Doctorow claimed that Russian production will soon compete with the EU’s goods in global export markets.

In his report for Russia Insider, Gillbert Doctorow noted that there is plenty of high-quality fish, cheese, fruit and vegetables in Russian supermarkets. The majority of food products are produced in Russia and delivered by Russia’s new suppliers, while some of the prices for Russian goods are at least 40% lower than those for goods from Western Europe.

“The biggest catalyst to bring about such positive change for the Russian market is the people themselves. Their pride and enthusiasm to buy their own Russian produce is a green light for the Russian producers who otherwise were sidelined in the not so distant past, where preference and prestige was assigned falsely to foreign products due to misconceptions,” Doctorow told Sputnik in an interview.

© Flickr / Kat
'No One Wins' From Western Sanctions Against Russia
“When I say change is coming, I don’t mean that now people buy Russian mozzarella instead of Italian mozzarella, the question is, are they buying mozzarella at all or are they finding their own products perhaps in their own past culinary traditions, which satisfy them even more.”

Gillbert Doctorow goes on to explain that Russian producers had a hard time with import substitution because people did not understand that home produce, domestic fish for example, is much better than the imported varieties, as the whole concept of gourmet food reflects that food is of a particular season and locality.

“Now the Russian producers who are highly capable have got their chance.”

He also said that it requires time and effort to build up a selective niche and there are obstacles which need to be overcome but the indications show that Russia will fill in these gaps.

Western actions towards Russia over Ukraine and Crimea have sparked national pride in Russians. There is a change in Russian mentality from “things made in Russia are second class to feeling pride in what they can do. That will change the national economy because when there will be domestic demand, there will be a domestic manufacturer to fill in that demand,” noted Doctorow.

New US Sanctions: 'This is Deliberate Provocation Against Putin'