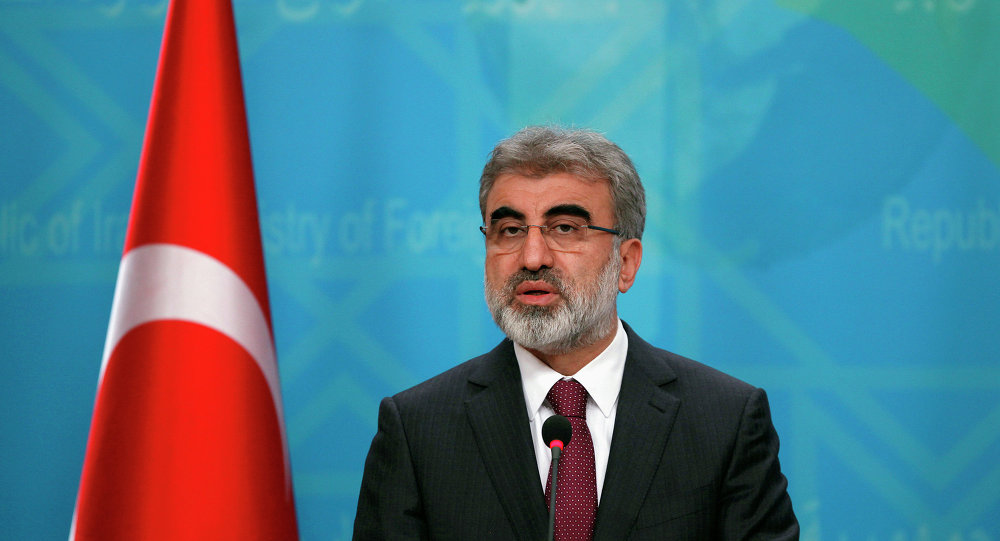 Turkish Energy Minister Taner Yildiz said that Turkey and Russia disagree on a variety of political issues, but the construction of a joint pipeline under the Black Sea to bring gas to Europe has not been affected.

Moscow and Ankara are currently discussing construction of the pipeline's first leg. After media reports in late July suggested that pipeline talks had been suspended due to a disagreement on price discounts, Turkish Ambassador to Russia Umit Yardim said that gas prices remained one of the key points in negotiations.

© Sputnik / Alexei Druzhinin
Putin, Erdogan to Discuss Turkish Stream Impasse
"Turkish companies will take part in the construction of the Turkish Stream in Thrace [the region on borders of Bulgaria, Greece, and Turkey]. Russian colleagues know that we have solid experience in pipelines construction, as well as modern technologies. I hope, we will use it," Yildiz told Anadolu news agency.

The minister said that Turkey will not take part in the construction of the underwater sections of the pipeline in the Black Sea.

The Turkish Stream pipeline will run from Russia to Turkey underneath the Black Sea with an annual capacity of 63 billion cubic meters of gas. The pipeline will run to a hub on the Turkish-Greek border, from where it could be extended to southern Europe.

He admitted that Moscow and Ankara had differences over the Syrian conflict. Another sticking point is whether to use the word "genocide" when describing the 1915 massacre of 800,000 to 1.5 million Armenians in the Ottoman Empire, a UN definition that Ankara refuses to recognize.

The energy minister stressed that joint projects, like the natural gas pipeline from Russia across the Black Sea to Turkey, are "isolated from politics."

The pipeline, dubbed Turkish Stream, was announced late last year after Russia scrapped a South Stream pipeline following a deadlock with Brussels over its anti-monopoly legislation.

Turkey will build the sections of the pipeline that run across its territory and receive a 10.25-percent discount on Russian gas purchases, the agency said. An inter-governmental agreement on the gas transit pipeline remains to be ratified by the Turkish parliament.