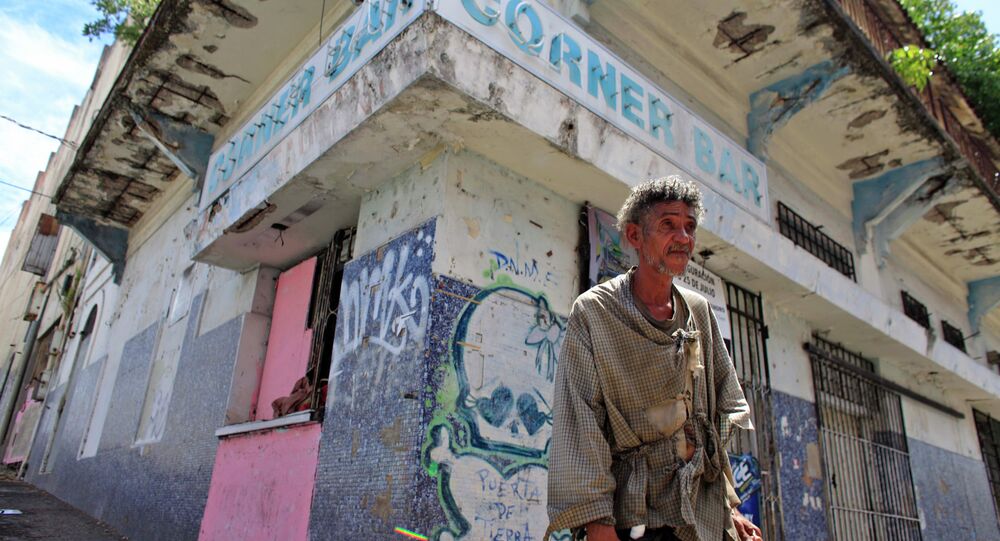 Due to its failure to repay a $58 million to creditors on Monday, Puerto Rico has defaulted for the first time in its history.

Sending the Puerto Rican government into a "death spiral," according to Governor Alejandro Garcia Padilla, the island has defaulted after paying only $628,000 of a $58 million debt repayment which was due on Monday.

"This was a decision that reflects the serious concerns about the Commonwealth's liquidity in combination with the balance of obligations to our creditors and the equally important obligations to the people of Puerto Rico," Puerto Rico's Government Development Bank president Mela Acosta Febo said in a statement.

A US territory, the island's monthly debt payment of $483 million was due Monday. $58 million due to Public Finance Corporation, went unpaid.

The government chose to prioritize other creditors over PFC because that institution is largely owned by local credit unions and will affect poor Puerto Rican citizens with little legal recourse. Much of the debt that was repaid was held by Wall Street hedge funds.

Overspending over the last few years despite the island's shrinking economy, Puerto Rico owes roughly $70 billion dollars to creditors. The island also saw high unemployment, and a large number of islanders searching for employment on the US mainland.

The Obama administration has repeatedly said it would not provide a bailout for the island should it default. The US Congress could alter existing legislation to provide Puerto Rico with Chapter 9 bankruptcy rights, but that is unlikely to pass.

Some have suggested that even if the island were granted Chapter 9 status, it would do little to improve the economy.

"Since Chapter 9 is unlikely to be a viable way to achieve a consolidated restructuring of all the commonwealth's debt, bankruptcy authorization would not be sufficient by itself to manage Puerto Rico's current pressures," Moody's Investor Service wrote in a report late last month.

While Monday's default will largely affect Puerto Rican citizens, any future defaults could have a stronger effect on the American economy, since over 20% of bond funds in the US have at least partial involvement in Puerto Rican bonds.