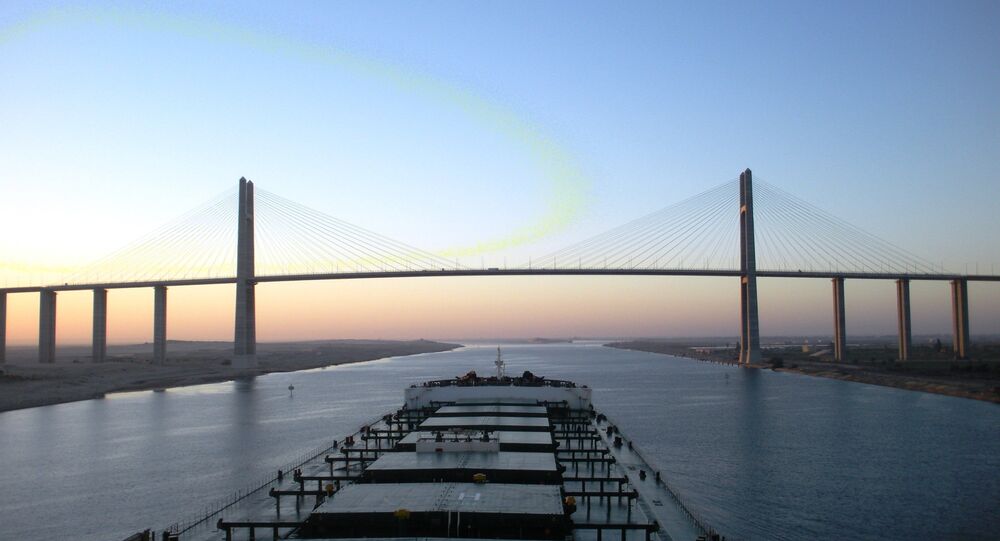 The new waterway is expected to decrease the transition time for ships from 22 to 11 hours, and provide more jobs in Egypt.

“On Thursday, Egypt will celebrate the opening of the new 72-kilometer [44.7-mile] channel parallel to Suez Canal which was originally built 146 years ago. The new channel will allow ships to transit via the waterway in both directions. It will help to cut the waiting period from 22 hours to 11 and help to boost revenues,” Mousa said.

Hundreds of guests have been invited to attend the opening ceremony in Ismailia Governorate.

© Sputnik / Sergey Guneev
Egypt to Join Russia-Led Eurasian Economic Union in 2016
During the opening ceremony, Egyptian President Abdel Fattah Sisi will pass through the new channel on a Mahroussa yacht, which was the first ship to pass through the old Suez Canal back in 1869.

The New Suez Canal running parallel to the old Suez Canal is expected to facilitate traffic in both directions, thus increasing the waterway’s capacity and boosting Egypt’s economy. The new channel is expected to provide much-needed for Egypt job opportunities, and make the country an international logistics center.

Egypt Raises Over $30Bln in Investment During Economic Conference