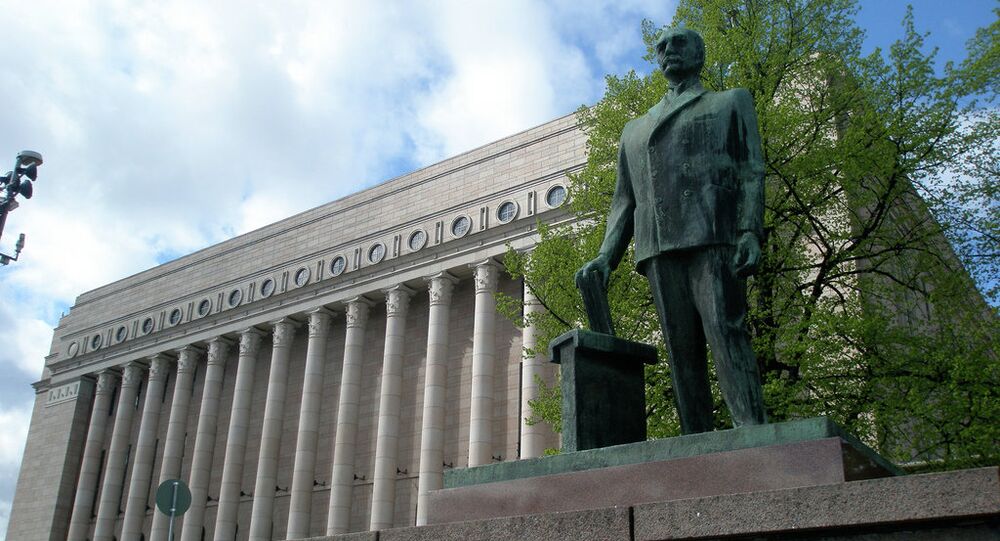 The European Union continues to lavishly provide taxpayers’ money not only to Greece but also to Ukraine, Finnish newspaper Iltaleht writes.

The EU's decision for a new financial aid package to Greece, which amounted to about 86 billion euros, almost tore the new government of Finland apart.

Now with the financial support of Ukraine, which amounts to billions of euros, Finland is feeling uneasy seeing that the EU does not see the financial aid to Ukraine as similar to the Greek situation, reports the article titled “Ukraine — new Greece?”

© REUTERS / Yves Logghe
Party Over: EU Warns Finland Over Budget Deficit
Finns who need to save more than ever are concerned with the fact that Ukraine is one of the most corrupt countries in the world.

The European Commission and Ukraine signed a memorandum of understanding on May 22, 2015 at the summit of “Eastern Partnership” in Riga on the provision of macro-financial assistance to Kiev in the amount of 1.8 billion euros.

It is expected that the budget of this assistance will amount to 600 million euros, with the first two tranches to come as early as this year.

Furthermore, according to local press reports, Finland is strongly opposed to the new aid package for Greece. The recession in the Finnish economy has been going on for the third year.

In order to normalize the situation in Finland there needs to be structural reforms. According to a recent report by the European Commission, the growth rate of the Finnish economy in 2015 will be slower than in Greece and GDP growth this year will only amount to 0.3%.

Finland Rules Out Acting as Mediator in Ukraine Talks Between West, Russia