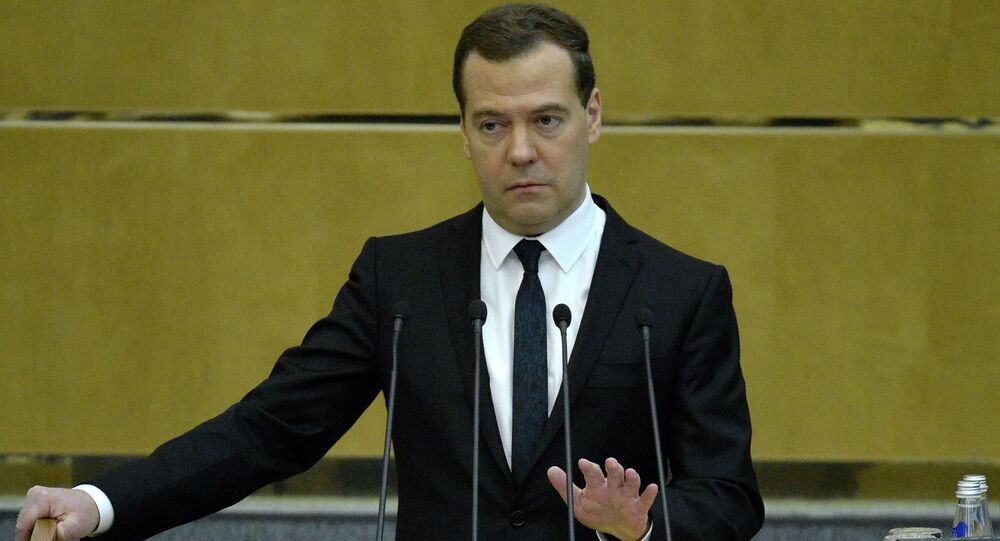 Medvedev: No Renewal of Gas Transit Contract With Ukraine on Its Terms

Russia will not renew its contract with Ukraine on gas deliveries through the country if Kiev continues to insist on a transit price hike, Russian Prime Minister Dmitry Medvedev said.

MOSCOW (Sputnik) — At the current transit price Russia pays Ukraine $2.7 per 1,000 cubic meters for every hundred kilometers. The Ukrainian authorities insist that the price under a new agreement should increase to $5.

"We won’t extend the transit contract with Ukraine on disadvantageous terms," Medvedev said in the interview with Slovenian newspaper Delo on the eve of his visit to Slovenia on July 26-27.

The prime minister noted that the gas deliveries to Europe via Ukraine would have to be halted unless the contract in effect is renewed in 2019, adding that new gas pipelines from Russia should be built since "there’s no sense in making forecasts about the future of the Ukrainian transit route."

"As for the contract on Russian gas transit via Ukraine, it will expire in late 2019, or more precisely, at 10 am on January 1, 2020. If it isn’t extended, there will be no legal framework for gas deliveries via Ukraine."

Europe receives over 40 percent of its gas from Russia via Ukraine.