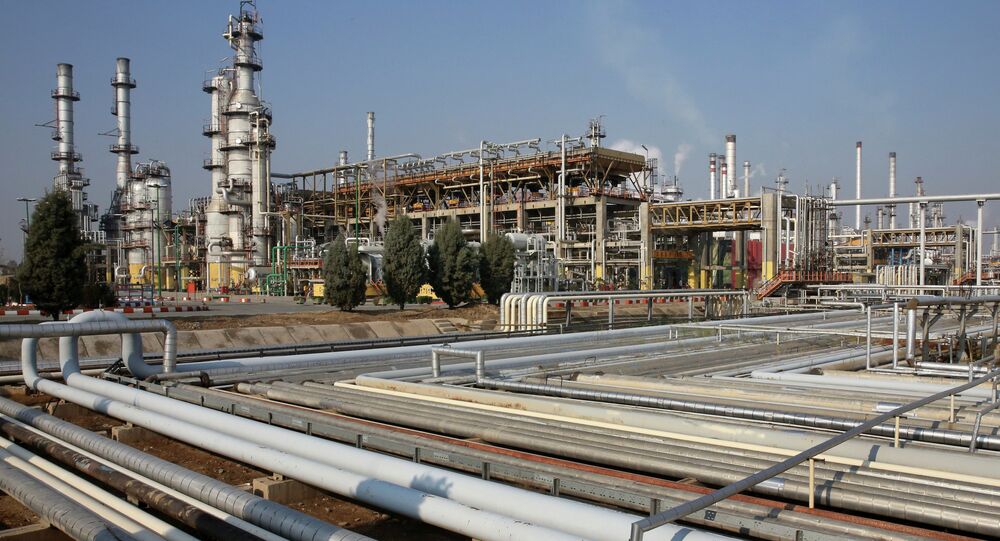 VIENNA (Sputnik) – On the sidelines of the Iran-EU Conference on Trade and Investment, Zamaninia told journalists:

“Iranian oil will be on the market in a few months, after the sanctions are lifted, and within a year after that will be a million barrels per day in a market. We expect that OPEC members will accomodate it."

© AP Photo / Vahid Salemi
LUKoil in Talks With Iran Over Return to Country’s Energy Projects
An agreement on Tehran’s nuclear program, signed between Iran and a panel of international negotiators on July 14, eases sanctions imposed on the Iranian economy, particularly on its oil sector. Iran intends to reassert its position in the global oil market once sanctions are lifted.

According to the National Iranian Oil company, the country's oil supply can increase to up to four million barrels per day from the current three-million-barrel level.

© AP Photo / Ebrahim Noroozi
Asian Refineries Prolong Contracts With Iran That May Quadruple Oil Export
As an OPEC member, Iran is obliged to fit into the 30-million-barrel daily quota for the entire organization. OPEC has been exceeding established monthly quotas since May 2014 and refused to cap them in November, exacerbating an ongoing slump in global oil prices.

According to a 2015 British Petroleum statistical review of world energy, Iran has the fourth-largest proven oil reserves in the world. Exporting this oil had been significantly limited due to sanctions imposed by the United Nations in 2006 over concerns about Tehran’s nuclear program.