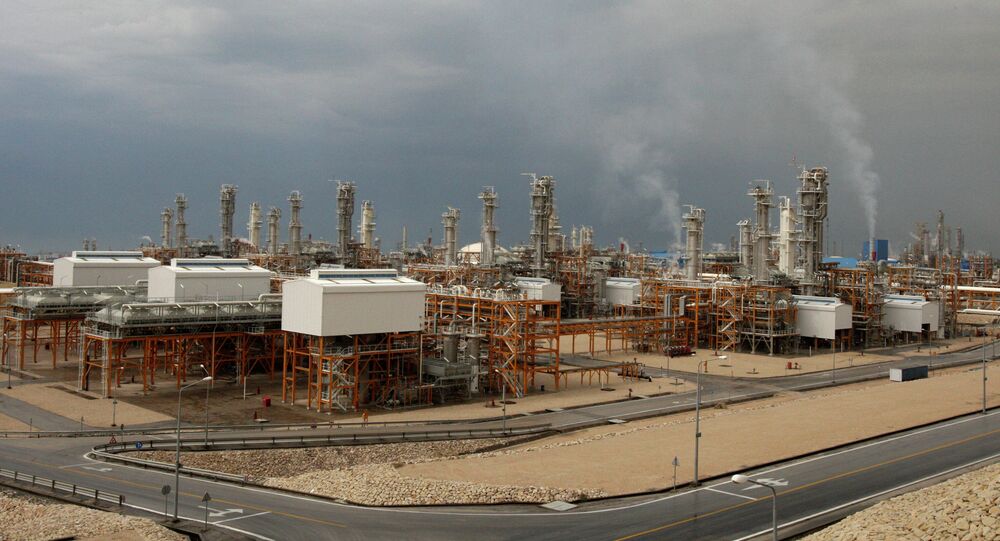 Tehran considers deliveries of liquefied natural gas to Europe, according to a senior Iranian official.

"But when and if we do produce enough gas it will be economic(ally) feasible that will show us which side to go. At this time, the price of gas in Europe is much less than the price of gas in East Asia. It does not make sense for Iran to think of supplying gas to Europe through a pipeline, but LNG may be a different matter, in 5-6-10 years," Zamaninia told reporters in English.

© AP Photo / Ebrahim Noroozi
Asian Refineries Prolong Contracts With Iran That May Quadruple Oil Export
Foreign oil and gas companies suspended cooperation with Iran amid international sanctions imposed over Tehran’s nuclear program. The nuclear deal reached by the Islamic Republic and six world powers on July 14 may pave way for the gradual lifting of sanctions and resumption of international cooperation with Iran.

Tehran has repeatedly stated that it would participate in regional and international gas projects when the sanctions related to its nuclear program were lifted.

According to Fitch Rating Agency’s recent forecasts, Iran has the potential to become one of the world's largest gas exporters, with some 18 percent of world gas reserves, but it will take the country at least five years to increase production and build the necessary infrastructure.