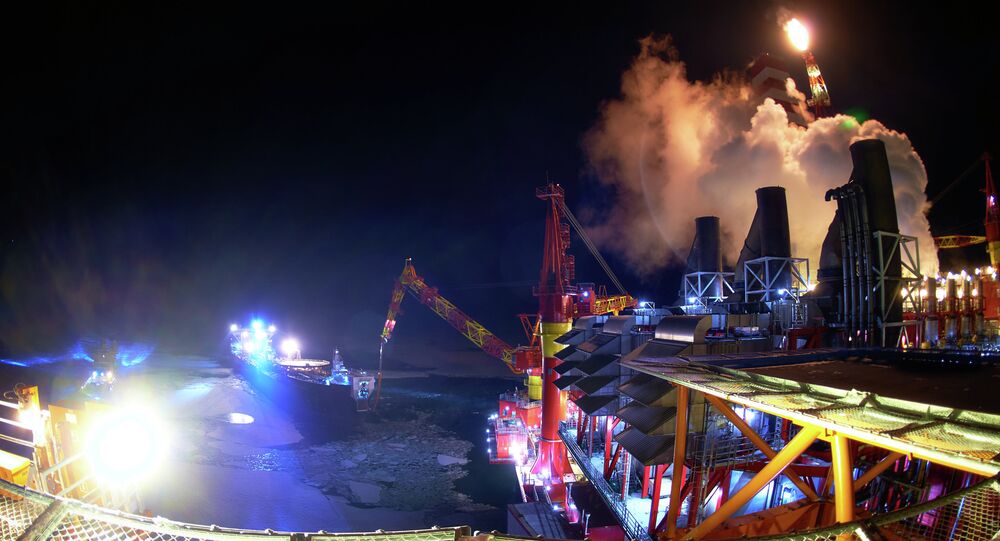 Despite sanctions, Russia, with its “vast resources and technology know-how, is well suited to continue to use energy as a powerful geopolitical tool”, retaining its “global power status”, which “brings unease to the West”, according to a recent political risk report published by the online magazine Global Risk Insights.

“Considering heightened tensions between Russia and the West, and Moscow’s increased global ambitions, it is hardly surprising that the Kremlin is eager to find allies, soften diplomatic isolation and establish a counter-balancing income flow in the wake of sour relations with the EU,” it says.

© Sputnik / Maksim Bogodvid
How Western Sanctions Are Leading to Russia's Industrial Renaissance
“This is likely to continue, as Russia, with its vast resources and technology know-how, is well suited to continue to use energy as a powerful geopolitical tool,” it adds.

To provide support for this statement, the website recounts all the recent deals made by Russian oil giants Roseneft, Gazprom Neft and Novatek.
Among the listed deals are several major energy contracts signed by Russia and China over the course of last year “including the agreement on the construction of two pipelines – worth around $700 billion – from Eastern and Western Siberian gas fields.”

“Russia has overtaken Saudi Arabia as the largest exporter of crude oil to China, reaching 930,000 barrels per day in May 2015,” it says.

On the “European front”, Russia has made a deal with Turkey on the Turkish Stream pipeline and “signed a $2 billion contract with Greece to build a South European Pipeline as an extension of the Turkish Stream”.

“The Russian energy presence in the Balkans through the ownership of energy infrastructure also brings unease to the West.”

Russia’s Gazprom controls the majority of the Serbian energy sector through the Serbian oil company NIS, Russian companies also control more than 70% of Bulgaria’s oil products market, as well as practically the entire refinery sector in Bosnia and Herzegovina, the website says.

“In Africa, Russian investments span from establishing a joint venture with the Nigerian government to explore the country’s gas fields, to building four nuclear power plants with the assistance of the Russian state-owned nuclear giant Rosatom. A similar deal is agreed with South Africa on the fringes of the recently held BRICS summit; the two countries agreed the construction of six nuclear power plants worth up to $80 billion.”

“On the other side of the globe, in Latin America, Russia is continuing to build its influence. It recently agreed to a $14 billion E&P deal with Venezuela, and a subsequent $5 billion loan to help boost the Venezuelan national oil company PDSVA’s production. In April the Argentinian state-owned energy company YPF and Gazprom signed a clearly politically-motivated memoranda of cooperation to develop shale formation in Patagonia.”

The outlet therefore stated that sanctions may have somehow damaged the Russian energy sector, but these energy markets elsewhere around the globe seem to be a good alternative to those of the EU and US.