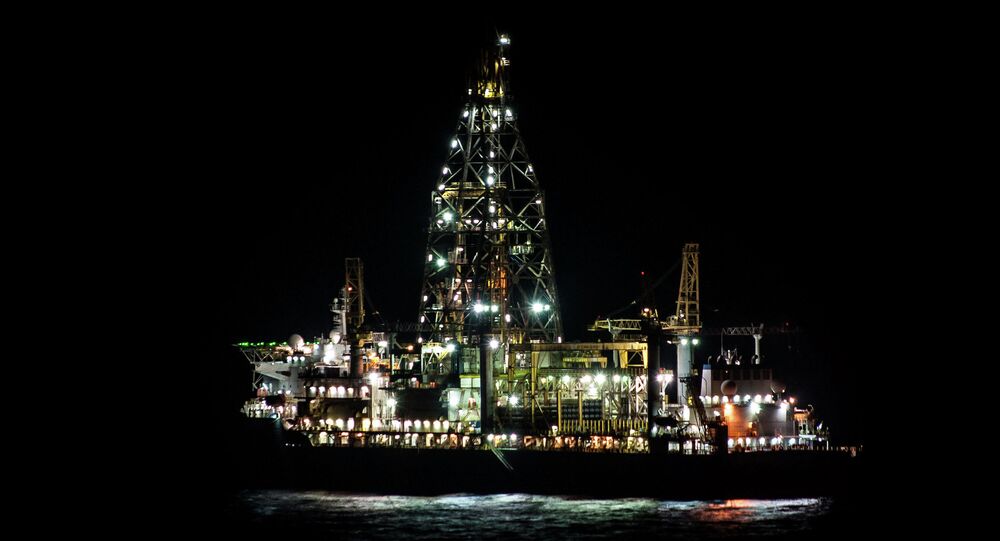 After the Iranian talks ended without a deal, and Greece and China sent reassuring signals to the markets, the global oil price stabilized just below the psychological threshold of $60/bbl, albeit promising more short-term fluctuations up ahead.

Kristian Rouz — Crude oil futures were mostly flat during Friday's trading after having experienced a significant downward pressure earlier this week. The main factors to watch, however, are still out there, as the possible success in Iranian sanctions negotiations, further economic decline in mainland China and Greece's inability to settle a deal with its creditors will all, combined, or separately, encourage bears in the crude market. Meanwhile, the US oil derricks count signaled a rebound this outgoing week after almost a half-year's decline, adding to the anticipation of the further build-up on the supply side of the market.

Crude prices have been volatile during the past week, but after the Iranian talks ended in a stalemate, while some positive news arrived from Greece and mainland China, oil steadied. The Beijing-supported partial rebound in the nation's battered stock market and the renewed hopes for the Greek bailout pushed global stocks up, while the US dollar retreated slightly, allowing for an advance in oil price.

© Fotolia / marrakeshh
Uncertain Future: No Hope for Global Oil Prices to Recover in Near Future
The global benchmark, Brent crude, added 0.2% in London, to $58.573/bbl, while the US oil futures settled at $52.74/bbl.

There are strong downward factors, however, in the oil market. According to the International Energy Agency's (IEA) predictions, the demand for crude oil is bound to weaken further, combined with an increasing supply, negatively affecting the barrel's valuation. The IEA said the expansion in global demand will fall to 1.2 mln bpd from the 1.4 bpd this year.

Petrol prices in the US are also declining amidst a lower demand, suggesting lower crude price in the short-term. Petrol futures lost some 1.4%, as the summer season indicated a less-than-expected surge in driving in the US, while the fuel demand for heating is at its lowest due to weather conditions.

© AFP 2021 / Thierry Charlier
Will Greece’s Tsipras Squander Precious Capital?
The oil market participants are closely watching the developments in Greece, mainland China and Iran, and while the Greek factor is least important in regard to the crude price, the two latter factors are directly linked to the oil prices.

The nuclear negotiations between Iran and six major world powers have stalled, meaning the international oil embargo imposed on Tehran in 2012 is here to stay in the short-to-mid-term. Iran is now exporting some 1.2 mln bpd, but in case the international sanctions are relaxed, the Islamic Republic would be able to deliver as much as 2.3 mln bpd to the global market.

Mainland China, consuming some 11% of the world's oil output, is experiencing severe economic turmoil, with growth poised to slow further. China's oil consumption had been one of the major factors of high crude prices during past decade, however, as its economy weakens, miring in structural mishaps and financial meltdown, the Communist nation is no longer able to support the vanishing demand for oil.

In the US, the number of active oil-drilling rigs has risen by 12 to a total of 640 during the last two weeks, ending the dramatic decline rendering 922 rigs idle since December. Oil derricks contribute some 74.2% of all US drilling. Meanwhile, the US crude stockpile hit its 80-year high at 465.4 mln bbl on July 3, adding to the downward pressure on the oil price.

All that said, while the low oil prices are here to stay amidst the oversupply situation, any signs of a pickup in growth in the major economies may result in greater demand for oil, pushing the prices up. What is most important, the international crude cartel OPEC, has lost most of its influence to determine oil prices as evidenced by market participants looking for clues on future price fluctuations elsewhere.

US Administration Proposes to Sell Oil From Strategic Reserve