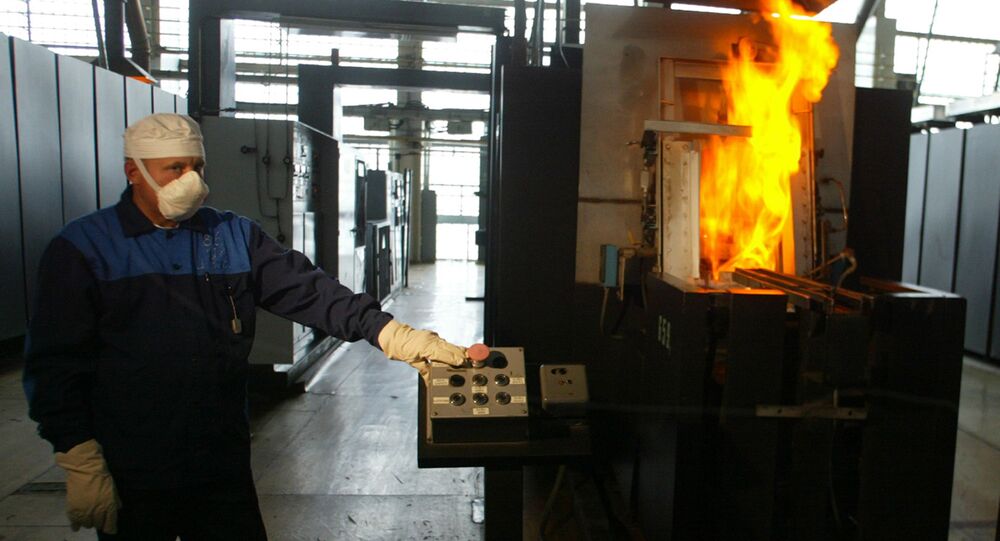 As India attempts to bolster its nuclear energy capabilities, it has just formalized an agreement with Kazakhstan to receive 5,000 tons of uranium over the next four years.

Rapidly developing its nuclear power infrastructure to further Prime Minister Narendra Modi’s clean energy initiative, India is in need of vast stockpiles of nuclear fuel. Kazakhstan, on the other hand, is one of the world’s leading producers of uranium, sitting atop 15% of the global supply.

A partnership seemed only natural.

In 2009, India and Kazakhstan signed a memorandum of understanding to strengthen cooperation on nuclear energy. As part of that deal, the Kazakhstani government agreed to supply India with nuclear fuel, and on Tuesday, those arrangements took another crucial step.

The mining company plans to provide 5,000 tons of radioactive fuel before the end of 2019. According to a statement released by KazAtomProm, the value of that amount will "depend on market mechanisms."

Over the next two decades, India plans to increase its nuclear capacity to 4,560 megawatts, 14 times the current output. Thirty-five new reactors are currently in the works.

As part of the 2009 memorandum, Kazakhstan could also begin its own nuclear power projects using the blueprints of Indian pressurized heavy water reactors.

Prime Minister Modi has also been working closely with Russia on its future projects. During the SCO and BRICS summit in Ufa, Modi spoke with President Vladimir Putin about nuclear energy.

"Concrete projects were discussed, there was a lot of talk about nuclear energy. The prospects are very good," Kremlin spokesman Dmitry Peskov said.

Moscow and New Delhi have been working closely on India’s Kudankulam power plant, which will begin operating its second unit sometime this summer.