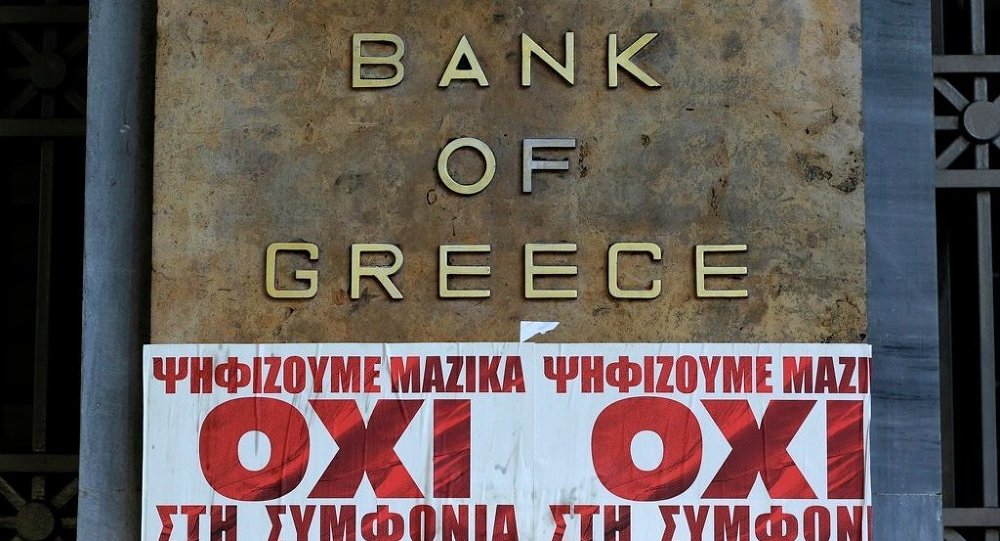 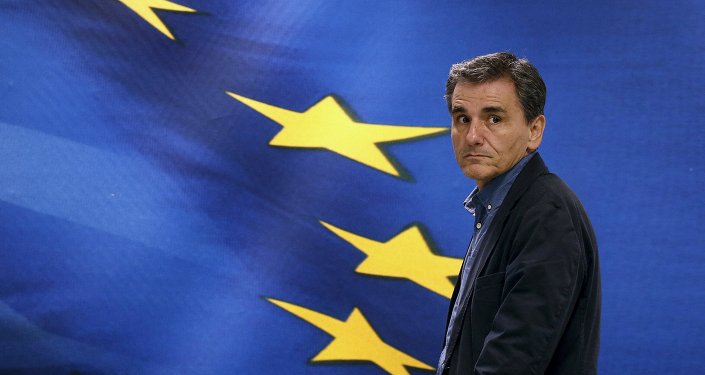 In May, Russia invited Greece to become an NDB member. Earlier this week, Greek Deputy Defense Minister Costas Isychos told Sputnik that Greece welcomes the possibility of joining the NDB but there remains a lot of work to be done before this can happen.

"No, I do not think that is possible. I do not think that the BRICS bank should solve Greece's problems… Expanding a number of BRICS Bank’s members is possible only hypothetically," Ulyukayev said, answering a question of whether NDB members would consider expanding membership of the bank, including an accession by Greece.

Host photo agency
Success of BRICS Bank May Inspire Creation of SCO Bank
He added that Greek aid was not discussed at the current BRICS summit underway in the Russian city of Ufa.

On Monday, Russian presidential aide Yuri Ushakov said it was too early to talk about other countries joining the NDB until the bank is fully functional.

The agreement on the creation of the New Development Bank was signed on July 15, 2014, at the BRICS summit in Fortaleza, Brazil.

During the Ufa summit, the BRICS leaders are expected to officially launch the bank.