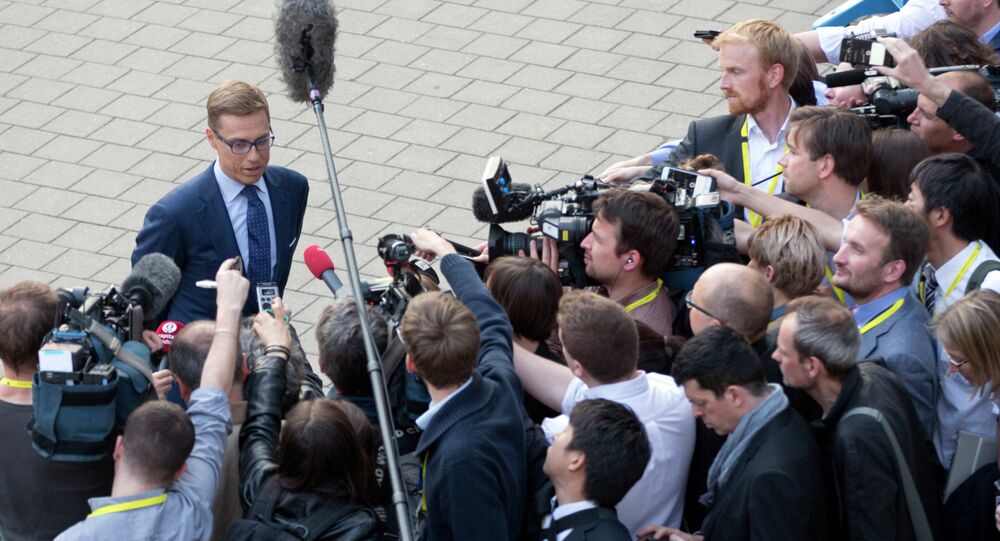 BRUSSELS (Sputnik) – Earlier in the day, European finance ministers met in Brussels to discuss the Greek debt crisis and ways to resolve it. The Eurozone emergency summit on the Greek issue also began in Brussels.

"We expect a request for an ESM program imminent within a few hours," Stubb told journalists after a Eurogroup meeting.

© REUTERS / Thibault Camus/Pool
Decision on Greek Debt Must be Made Within One Week - Hollande
The emergency meetings were prompted by the result of the Sunday's Greek bailout referendum, in which over 61 percent of Greek voters rejected the creditors' proposals on additional loans to Greece in exchange for deeply unpopular social and financial austerity measures.

Initially, the country’s government rejected the offer and announced the referendum. The move dissatisfied the Greece's international lenders, and bailout negotiations broke off.