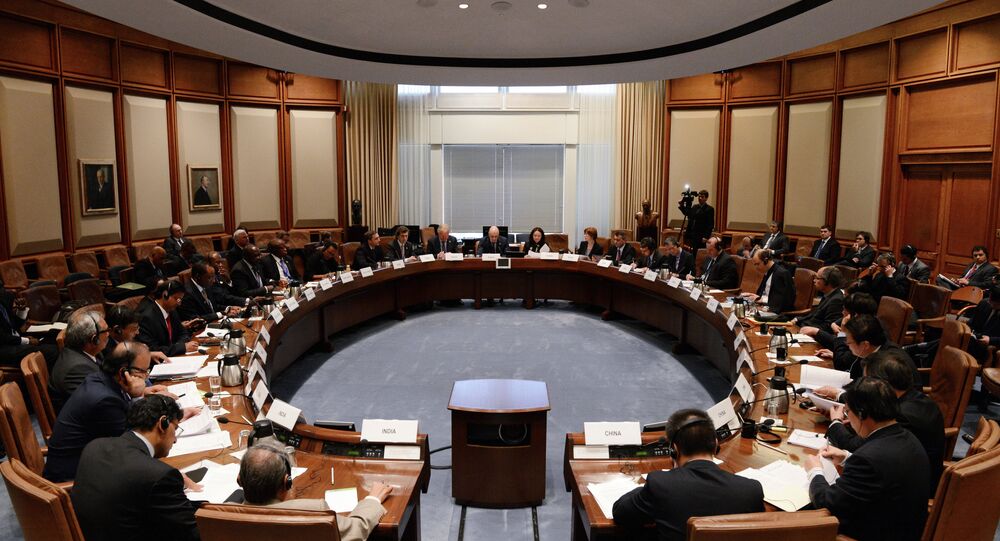 BRICS New Development Bank (NDB) is expected to fill in the gap in African infrastructure financing that the local financial institutions have failed to bridge, while simultaneously supporting emerging economies on a path toward industrialization, South Africa’s Trade and Industry Minister Rob Davies told Sputnik on Tuesday.

The bank, with a $100 billion capitalization, is regarded as an alternative to Western-based global financial institutions such as the International Monetary Fund (IMF) and the World Bank.

South Africa’s trade minister said he expected NDB to have a modus operandi focused on "the needs of developing countries to actually move up… and industrialize."

He said the African Development Bank promotes economic development in the region, but its current financial obligations are equivalent to 2 percent of the continent’s growth.