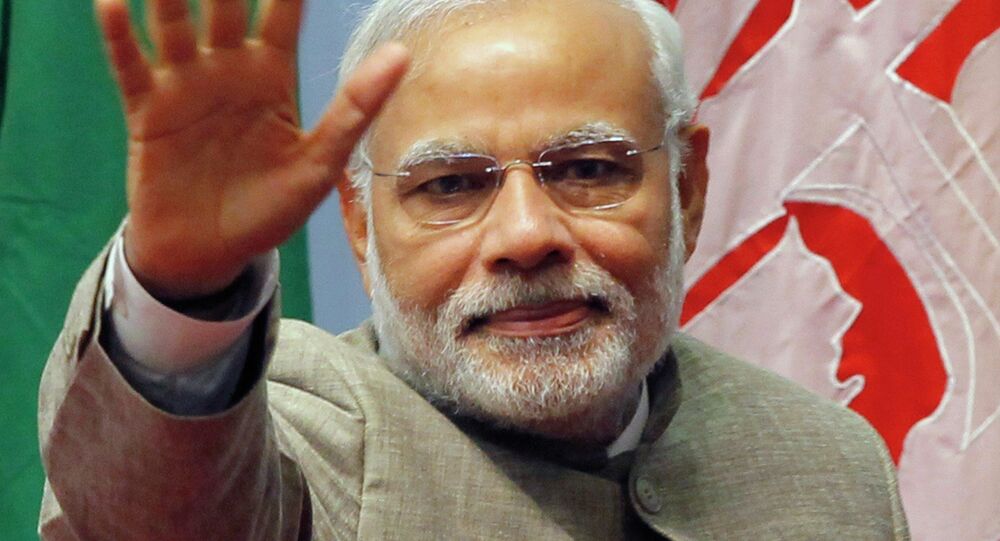 TASHKENT/NEW DELHI (Sputnik) – India signed a deal with Uzbekistan’s NMMC mining company in August 2014 for the supply of 2,000 metric tonnes of Uranium ore concentrate into 2018.

"We discussed steps leading to implement the contract of supply of uranium from Uzbekistan signed earlier," Modi said at a joint press conference in the Uzbek capital of Tashkent.

The Central and South Asian leaders also touched on the security situation in neighboring Afghanistan, expressing the importance of restoring peace and stability in the country.

Modi wrapped up the first leg of his Central Asian tour in Tashkent on Monday – taking him to Kazakhstan, Turkmenistan, Kyrgyzstan and Tajikistan on July 6-13.

The Indian prime minister is set to redirect his tour on July 8-10 to visit the southwest Russian city of Ufa hosting the summits of the Shanghai Cooperation Organization (SCO) and the BRICS group.