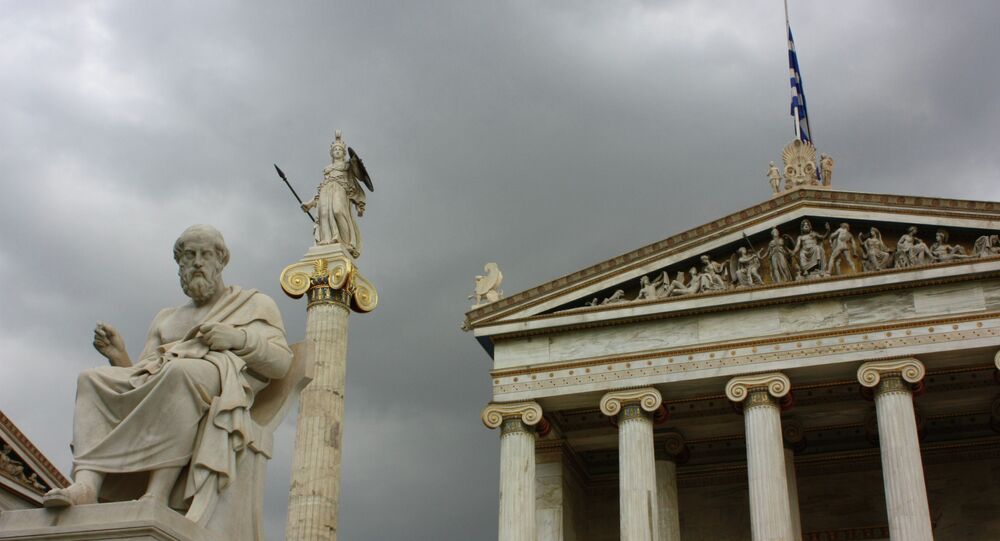 Greece is open to the possibility of becoming a member of the BRICS group of developing nations as part of the BRICS New Development Bank (NDB), Greek Deputy Defense Minister Kostas Isychos told Sputnik.

© REUTERS / Dado Ruvic/Files
Austerity Reforms May Turn Greece Into Economic Colony – Defense Ministry
ATHENS (Sputnik) – In May, Russia invited Greece to become an NDB member, with discussions on Athens' membership in the bank expected to take place at the July 9-10 BRICS summit in the Russian city of Ufa.

“Greece has also been invited to become a BRICS member within the Development Bank of the BRICS. We are still open to that,” Isychos, who is also the co-chair of the Russian-Greek Intergovernmental Committee, said.

According to him, Greece has always been in favor of good European-Russian relations and of European-Eurasian relations. Athens is currently in talks over joining the BRICS bank with the group’s members.

© AP Photo / Petros Giannakouris
Greeks Enthusiastic About Joining BRICS New Development Bank
“So we do have a multilateral foreign policy, both in the strict sense of foreign policy, but also in a broader sense of economic external policy,” Isychos added.

The NDB is expected to become an alternative to Western-dominated financial institutions and will focus primarily on funding infrastructure projects.

Greek Crisis: How Did the Debt Spiral Unfold?

Some 1,000 Bank Branches to Open for 3 Days in Greece to Serve Retirees