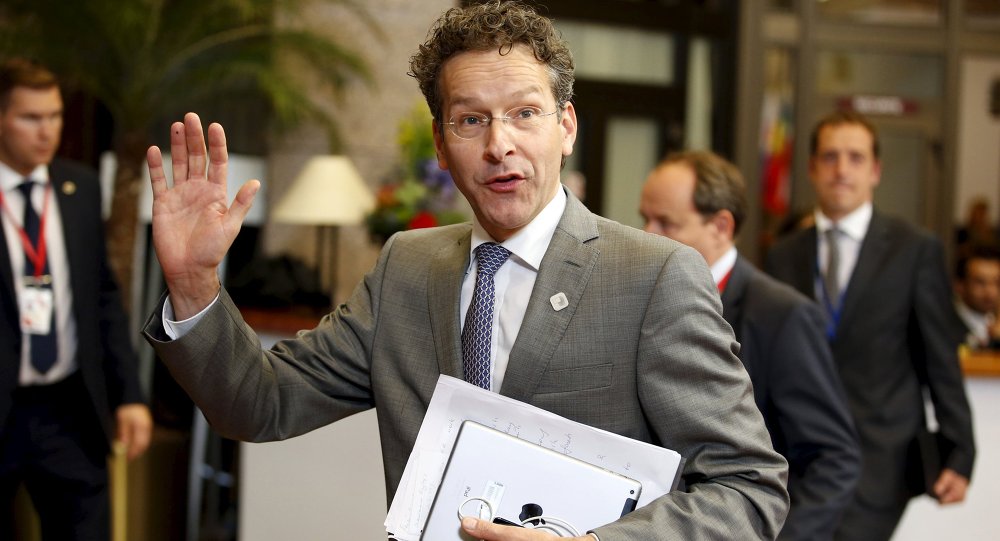 The Greek bailout deal will expire on June 30 as it was planned before, Eurogroup President Jeroen Dijsselbloem said Saturday.

BRUSSELS (Sputnik) — The Greek bailout deal will expire on June 30 as it was planned before, Eurogroup President Jeroen Dijsselbloem said Saturday.

© AFP 2019 /
Eurogroup Has No Plan B for Greece – German Finance Minister
Finance ministers from the eurozone with have another meeting later on Saturday without participation of the Greek delegation, Dijsselbloem said.

"…We will immediately after this press conference have a second meeting to discuss any consequences from the political conclusions just drawn and to prepare for whatever is needed to make sure the stability of eurozone remains at its high level," he said.

Finance ministers from the eurozone have arrived to the capital of Belgium in a new attempt to agree on financial aid package for Greece before the June 30 deadline of the current bailout program expires. Also until Tuesday, Athens has to make a $1.7-billion debt payment to the International Monetary Fund.