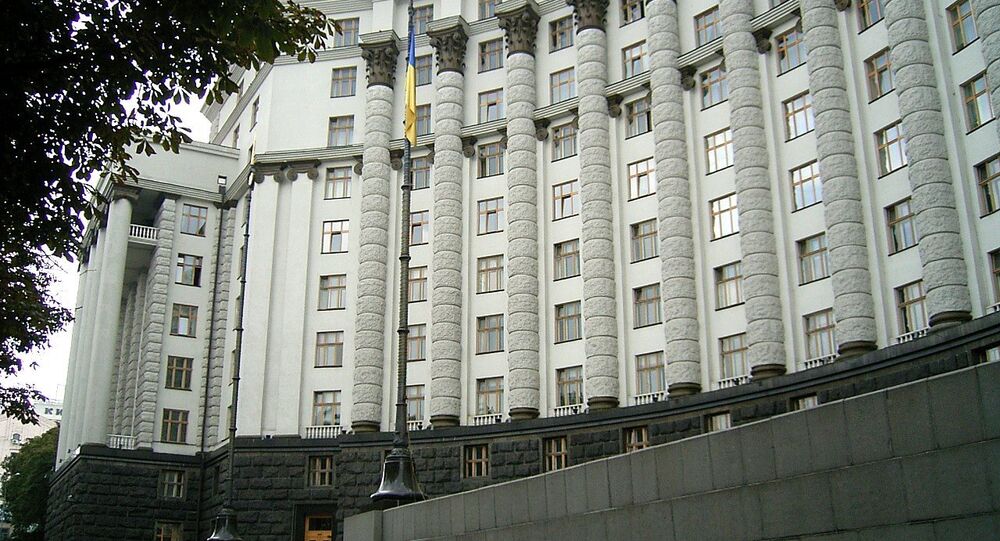 Ukraine is not economically viable without cooperation with Russia, a European Parliament's member from France told Sputnik on Thursday.

MOSCOW (Sputnik), Yulia Shamporova — Ukraine's Minister of Finance Natalie Jaresko said earlier in the day that the country could "theoretically" announce a default at the end of July.

“I think that without the help from the Russian part Ukraine will not be able to come out of the economic crisis… Ukraine was the part of the countries tightly connected with Russia, then Ukraine tried to exit from this union, and we can see that Ukraine can’t get out of its economic problems without the help of Russia,” Bernard Monot said.

The lawmaker added that the country's default is quite possible since in the past, when "Ukraine survived thanks to the Russian economy and funding,” the situation was not aggravated by "the consequence of the war [in Ukraine's east] and the putsch which took place in February 2014."

© Sputnik / Alexandr Demyanchuk
Ukrainian Finance Minister Says Default Possible at End of July
Ukraine's economy has been hit hard by the conflict between government forces and independence supporters in the country's southeast, who refused to recognize the coup-imposed nationalist government in Kiev, that erupted in mid-April last year.

To date, Ukraine's total debt is estimated to have amassed to $50 billion, of which $30 billion is external debt.

At the end of 2013, Russia purchased Ukraine’s sovereign debt eurobonds worth $3 billion. Ukraine is required to repay the full amount by the end of 2015. It made a $75-million installment of the debt on Monday.

NATO Tells Ukraine Country Must Reform Before Membership Can Be Considered