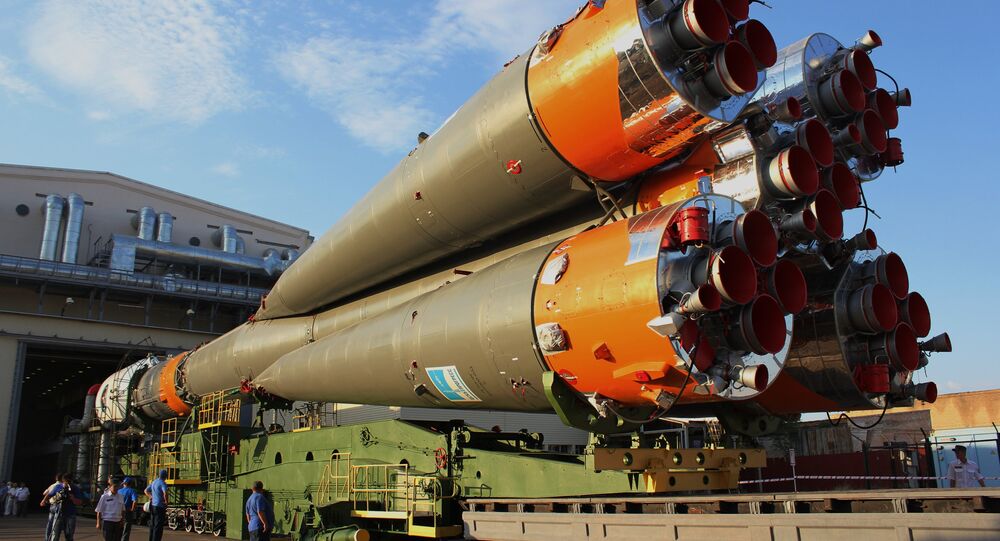 Roscosmos has signed a contract with French and the UK firms on 21 commercial satellite launches on the Soyuz carrier rocket.

"In London, companies Arianespace [Evry, France] and OneWeb [Jersey, United Kingdom] announced the signing of a contract for the launch of OneWeb mobile satellite communications system spacecraft using 21 Soyuz carrier rockets from 2017 to 2019,” the agency said in a statement.

As many as 672 satellites will be launched from the Baikonur cosmodrome in Kazakhstan and the Guiana space center in France, and several other Russian cosmodromes, according to Roscosmos.

If the project is implemented successfully, there will be five more launches using the Soyuz rockets.

Russia’s Soyuz rockets have carried out multiple launches of both Russian and foreign satellites.

Russia and France have an agreement for Soyuz satellite launches, signed in 2013. Soyuz rockets have also launched numerous EU communication and navigation satellites.