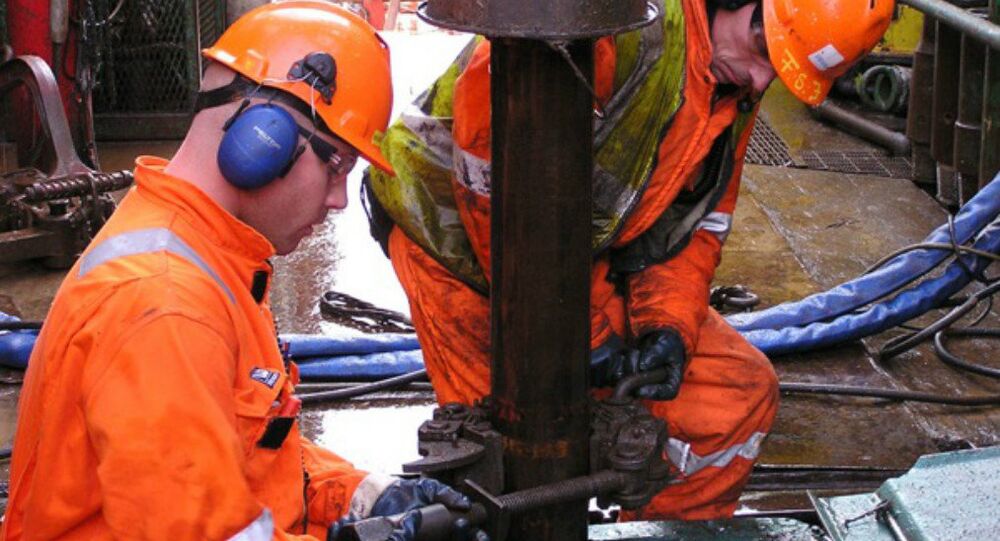 Head of Total Exploration and Production Russia Jacques de Boisseson told Vedomosti that in the future Total would like to continue working with the Russian company.

Located some 230 miles northeast of the city of Murmansk in a Russian section of the Barents Sea, the Shtokman field is one of the world’s largest natural gas fields. Reserves in the Shtokman deposit amount to 3.9 trillion cubic meters of natural gas, according to the company.

gazprom.com
Shtokman field will be resource base for Russian gas exports to Atlantic basin markets

The newspaper reported that the final agreement on Total's withdrawal from the project was reached at a meeting between Gazprom CEO Alexei Miller and Total CEO Patrick Pouyanne on the sidelines of the St. Petersburg International Economic Forum last week.

The original shareholders in the Shtokman project were Gazprom, with a stake of 51 percent, Total, with 25 percent, and Norway’s Statoil, with 24 percent. Their initial agreement came to an end in the summer of 2012, without a final investment decision on the project being made. Statoil then returned its share to Gazprom, writing off $335 million in losses. Total chose to remain in the project and wrote off $350 million in losses in April 2014.

Late in April 2015, after the European Union imposed sanctions on Russia over its alleged interference in Ukraine's internal affairs, Total said it had received permission from the French government to work only on three projects in Russia: Yamal LNG, Kharyaginsky and Thermokarst deposits.

Another reason for Total's pullout is the overproduction of gas in the American market, for which the Shtokman gas was originally intended. Experts believe that the project will regain international relevance in 5-7 years, according to the newspaper.

Oil Plunges, So Does Oil Giant Totals Profits and Staff