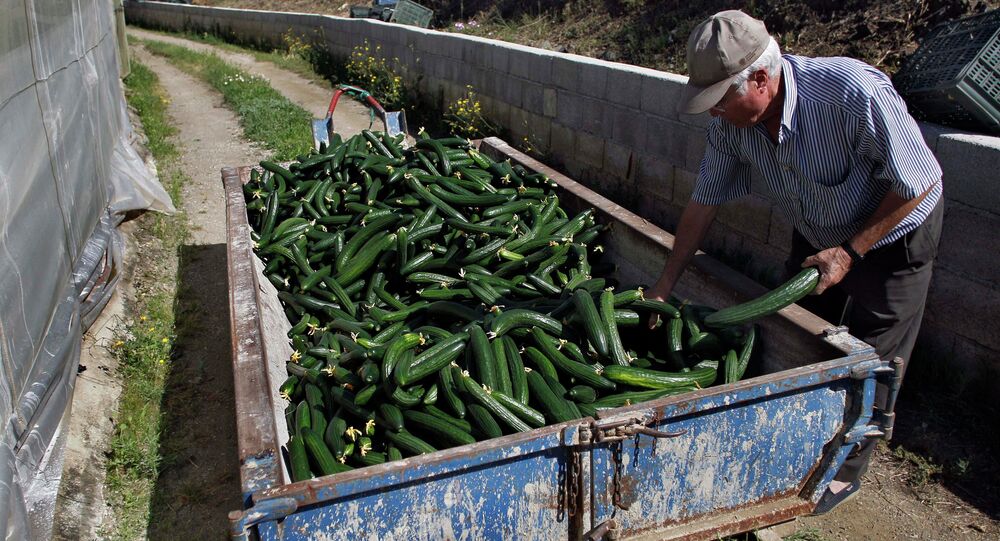 Tourism and the food industry are two sectors of the Spanish economy worst hit by Western anti-Russia sanctions and Russia’s reciprocal ban on food imports, with agriculture and the food sector losing 532 million euros (some $594 million), the economic and trade adviser to the Spanish Embassy in Moscow, Manuel Sanchez Melero, told Sputnik Tuesday.

© Sputnik / Natalia Seliverstova
Kremlin to Act Swiftly on Decision to Extend EU Import Embargo
MOSCOW (Sputnik) – The European Union, the United States and their allies imposed several rounds of sanctions against Russia for its alleged involvement in the Ukrainian crisis in 2014. Moscow has repeatedly denied those allegations, and, in August, responded to Western restrictions by imposing a year-long ban on certain food imports from the countries that hit it with economic restrictions.

On Monday, the European Union extended its anti-Russia sanctions for another half a year — a move welcomed by the United States. Moscow has vowed to respond to the extension of the sanctions.

"The worst affected sector was the food industry which, according to our statistics, lost 532 million euro in value when imports of fruit, vegetables, meat and fish [to Russia] disappeared," Sanchez Melero said. He noted that in 2014 Spanish imports from Russia decreased by 9.4 percent and exports to Russia decreased by 26.5 percent, compared to 2013.

According to the Spanish diplomat, the second worst-hit area of Spanish-Russian cooperation is tourism. In the first trimester of 2015, Spain saw a 25 percent decrease in the number of tourists from Russia compared to the same period in 2014.

According to Sanchez Melero, supplies of Spanish cars, ceramics and pharmaceuticals to Russia suffered significant losses, not only because of western sanctions and countermeasures but as a result of a decline in demand and an unfavorable economic environment.