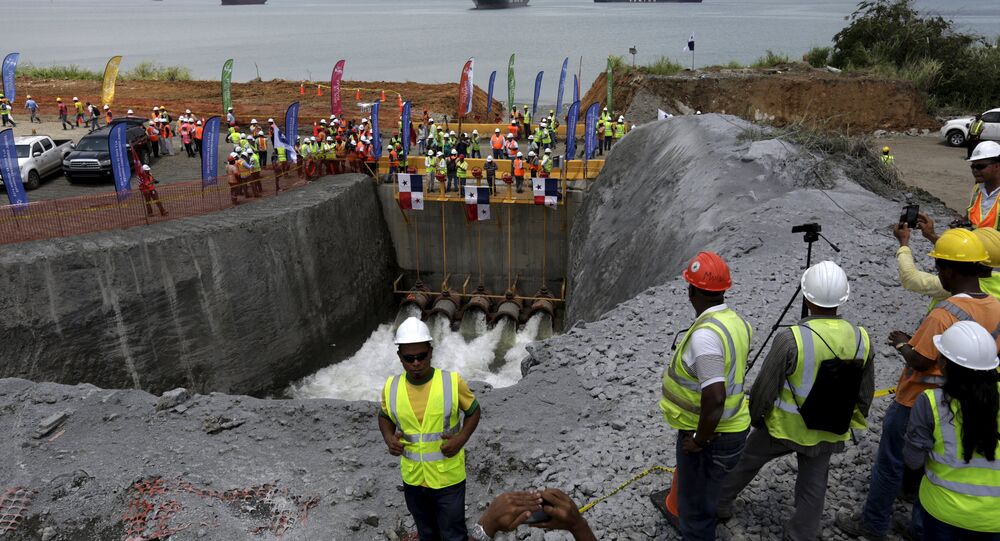 Global forces such as the rising economic strength of China and the expanding number of mega-ships that can’t cross through the Panama Canal are in favor of the construction of the Nicaraguan 170-mile inter-oceanic canal.

The Nicaraguan canal, being built by a Chinese firm, will connect the Atlantic and Pacific oceans and would rival the century-old Panama Canal.

Although China’s government says it has nothing to do with the project — and technically that’s correct — some of China’s biggest state-owned enterprises are on board as contractors, and they are subservient to the Chinese Communist Party, Tim Johnson notes.

The colossal 170-mile inter-oceanic canal across Nicaragua has been greeted with widespread skepticism. But global forces such as the rising economic strength of China and the expanding number of mega-ships that can’t cross through the Panama Canal are in favor of the construction of the canal.

Tim Johnson who writes for McClatchy, analyzing the project, has written that Nicaraguans have dreamed of a canal for generations. When near the end of the century American engineers looked seriously at building a canal in Nicaragua they found out about the Momotombo volcano (one of Nicaragua’s 19 active volcanoes), they got scared and decided to build a canal in Panama instead.

© Sputnik / Alexei Druzhinin
Nicaragua Canal to Strengthen BRICS, Undermine US Positions in Latin America
But recently, the leaders of Nicaragua during a trip to Beijing discussed the possibility of the canal and hence, the project is underway.

Since the project was first announced, questions about Wang Jing’s political connections and the environmental and social impact of the construction have persisted.

Tim Johnson examines the political, social, economic, and environmental ramifications of the planned canal project, which he calls, “without doubt the largest earth-moving project of the modern era."

From Johnson’s first report: “Already, preliminary work has begun, at a cost to date of hundreds of millions of dollars. Land has been surveyed, routes identified, negotiations begun with landholders. Yet secrecy still cloaks the project, whose ramifications are vast."

Why is Chinese tycoon building $50 billion canal in #Nicaragua no one wants? http://t.co/HzgzLexckp @qz #NoAlCanal pic.twitter.com/ZdBmlwXI3F

Despite the contradictions of the mega-project the mystery still surrounds how Wang plans to raise the money to finance the canal’s construction.

According to Forbes magazine Wang’s wealth is at around $7.7 billion, so he would have to raise money elsewhere. His company has said it will place a listing on a stock exchange, but so far it hasn’t said where the listing will occur.

At Least 20 Injured in Protests Against Nicaragua Interoceanic Canal