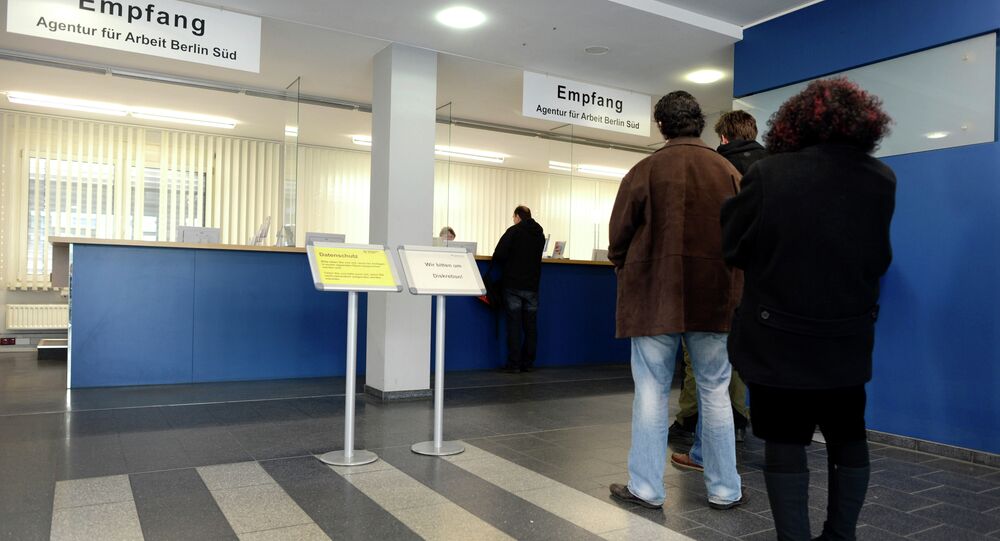 The European Union (EU) will feel the consequences of anti-Russian sanctions and the economic crisis in Russia far worse than was previously expected, a study conducted by the Austrian Institute of Economic Research (WIFO) said, according to Le Figaro.

In the worst case scenario, more than 2 million jobs and over 100 billion euros will be lost in the EU, the study concluded.

"We hypothesize that the worst decline in export has become reality," said Oliver Fritz, one of the authors of the WIFO report, adding that in the first quarter of 2015, French exports to Russia fell by 33.6 percent from last year.

If the current trend continues throughout the year, Western sanctions and the economic crisis in Russia could affect over 1 percent of Germany's GDP by the end of the year. France, meanwhile, could lose around 0.5 percent of its GDP and 150,000 jobs. Overall, the economic crisis in Russia could threaten 1.9 million jobs and €80 billion ($90 billion) of the EU's overall GDP, the study by the Austrian Institute said.

© AFP 2020 / DANIEL ROLAND
German Businesses Oppose EU Anti-Russian Sanctions at Petersburg Forum
According to the study, the number of Russian visitors to Paris fell by 27 percent and the French tourist industry has lost €185 million ($210 million) compared to last year.

In August, Moscow imposed a year-long food embargo on the countries that had sanctioned it, banning the import of many food products, such as milk, fruit, vegetables, cheese and meat. Food exporting countries, like Italy, Spain and the Netherlands were hit.