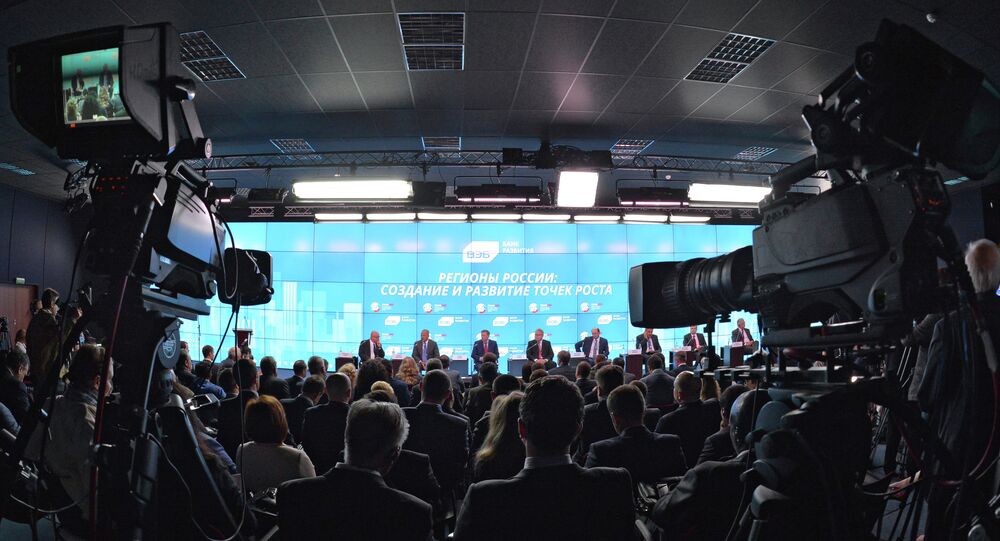 On the last day of the St.Petersburg International Economic forum (SPIEF), the participants will discuss the situation on global labor markets and ways to attract skilled migration, long-term strategies for developing the film industry and the export possibilities for Russian IT products.

© Sputnik / Alexei Danichev
Greek Prime Minister, Serbian Foreign Minister Meet at St.Petersburg Forum
ST.PETERSBURG (Sputnik) — The St.Petersburg International Economic Forum has been held annually since 1997 to gather high-ranking politicians, businessman and experts from around the world. This year, the forum runs on June 18-20.

The roundtable Immigration Policy: Avoiding a Skills Misfit Trap – to be attended by head of Association of Chinese Entrepreneurs in Russia Guiru Cai, former Prime Minister of Japan Yukio Hatoyama and head of Russia’s Federal Migration Service Konstantin Romodanovsky – will be focused on the discussion of approaches to attract skilled workers to an economy.

© AFP 2019 / DANIEL ROLAND
German Businesses Oppose EU Anti-Russian Sanctions at Petersburg Forum
At the roundtable Hyper-Speed Change in the Film Industry – Does Anyone Have a Strategy? the panelists will try to forecast the future of industry in the next ten years.