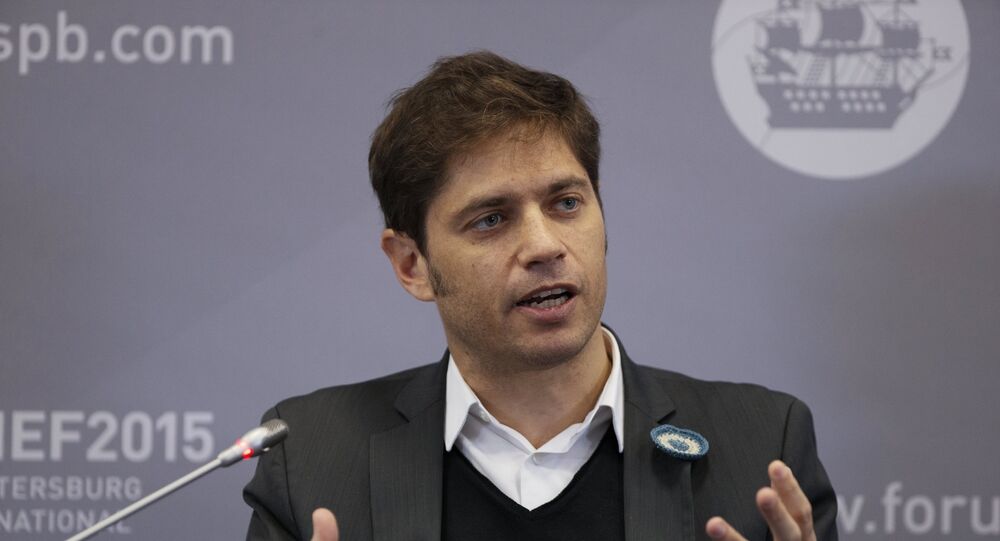 "Participation this year was explosive in terms of both the quality and quantity of attendance and interest of entrepreneurs from Latin America," the minister said on the sidelines of the forum.

Kicillof added that it marks serious recent progress in the relationship between Russia and Latin American states.

Talking about relations between Argentina and Russia, the minister mentioned that the most promising areas for cooperation are food exports to the Russian market and partnership in hydrocarbon development.

"Our company YPF is advancing very rapidly with regard to the agreements with both private and public Russian companies so that Russian experience in conventional and unconventional hydrocarbons, and the availability of Russian capital, may have an immediate effect for the realization of Argentine natural resources' deposits that have enormous potential", Kicillof said.

During the Argentine President Cristina Fernandez de Kirchner’s visit to Russia in April, the Russian energy company Gazprom and Argentine's state-run YPF oil and gas corporation signed a memorandum on cooperation. Several additional cooperation agreements have been signed between the two countries.

Cristina Fernandez de Kirchner earlier said that relations between the two countries are currently on the "best" possible level.