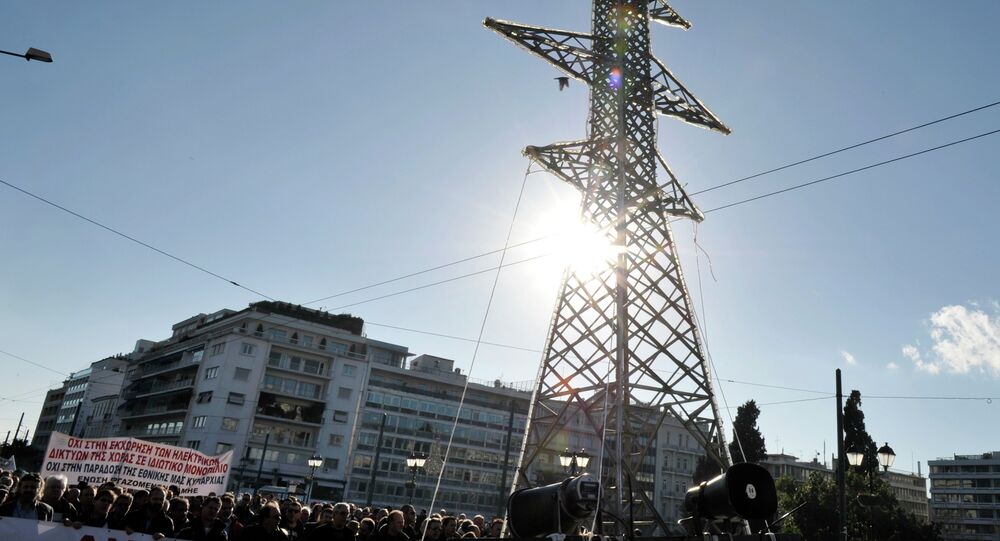 Greece Ready to Cooperate With Russia on Power Units Construction

"In the past, many generators-station units were constructed by the Soviet Union – Russia. We had three power units made by Russia. Now we do not have any cooperation, but I think that in the future perhaps we will have such cooperation, maybe in the field of buying gas, and perhaps in the field of construction of power units," Emmanouel Panagiotakis told Sputnik.

© Sputnik / Maksim Blinov
Hellenic Petroleum to Benefit From Greece's Membership in BRICS Bank - CEO
"I think Russian technology is very good, they know how to make important components of power units; if they are open to collaborating with other companies they could take part in constructing new power plants [in Greece]," Panagiotakis evaluated.

Panagiotakis' statement was made on the opening day of the St. Petersburg International Economic Forum (SPIEF), where, among other issues, Russia's economic and energy cooperation with Greece was discussed.

Following the first day of the forum, Russian Energy Minister Alexander Novak said that Moscow and Athens are expected to sign an agreement on the construction of the extension of the Turkish Stream pipeline to Greece during the forum.