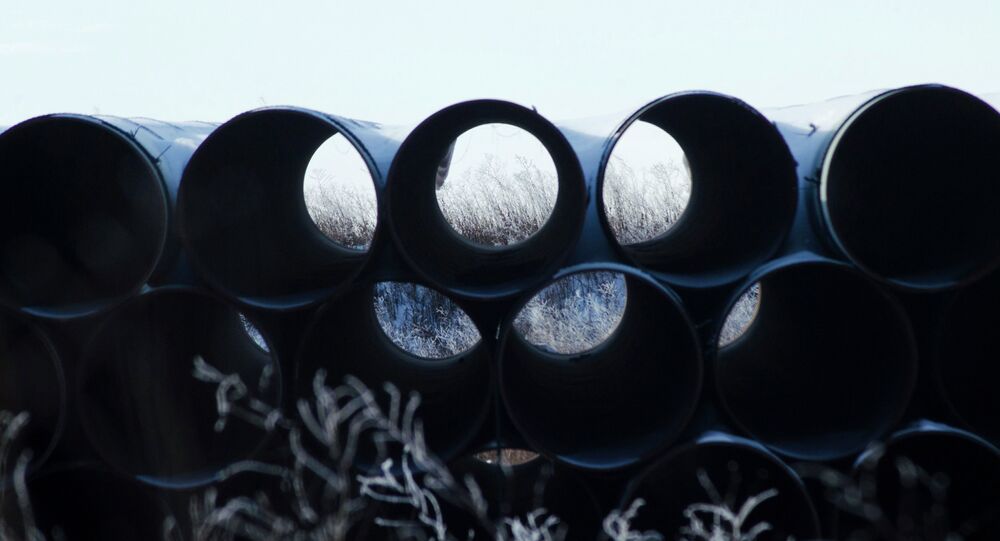 The Turkish Stream, a proposed 1,090-kilometer (677-mile) natural gas pipeline running from Russia to Turkey via the Black Sea, is expected to become operational in December 2016.

"Gazprom [Russia's energy supplier] provided the coordinates of the gas pipeline segment last week, as per our request," Yildiz said.

The Turkish energy minister said he expected construction plans for one of the four pipeline branches to be made available this week following the completion of feasibility studies for the project.

"The capacity of this branch of the Turkish Stream is expected to be somewhere around 16 billion cubic meters," Yildiz said.

The entire project, agreed on in December 2014, is estimated to have an annual capacity of 63 billion cubic meters of gas, of which 43 billion is to be earmarked for Turkey.

© AP Photo / Marko Drobnjakovic
Iran, Russia Yet to Discuss Possible Turkish Stream Cooperation – FM Zarif
Russia's Gazprom and Turkey's Botas oil and gas company signed a memorandum of understanding on December 1, 2014. An intergovernmental agreement is expected to follow this summer and the first consignment of gas is expected to flow through the pipeline by December 2016.

The two companies have identified a planned route, which incorporates 410 miles of the defunct South Stream pipeline, scrapped in December 2014, and 155 miles branching out to northwestern Turkey.

The remaining 111 miles, according to Gazprom, will be an onshore section. The pipeline is expected to be laid onshore near the Turkish village of Kiyikoy and Turkish gas rerouted near the town of Luleburgaz. The pipeline will then connect with the Turkish-Greek gas hub at the border checkpoint at Ipsala.