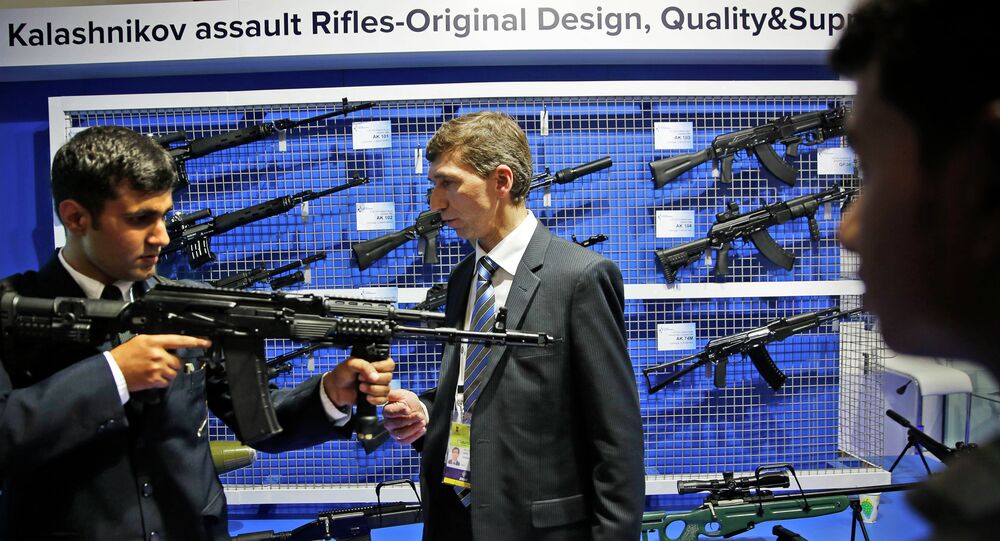 Russia’s Kalashnikov Replaces US Arms Sales With Other Markets

"[Anti-Russia] sanctions have had an impact on us but we actually gained more good from it. We have found other markets and are selling our products at better prices… The concern has managed to completely substitute sales previously targeted at the US market," Krivoruchko told RIA Novosti.

Krivoruchko said that weapons shipped to Africa, the Middle East, South-East Asia and Latin America make up about 80 percent of company production.

The Kalashnikov Concern was created in 2013 in a merger of two Soviet-era plants, becoming Russia’s largest producer of rifles and other small arms.

The company has exported its weapons to over 27 countries, including the United States, the United Kingdom, Germany, Norway, Italy, Canada, Kazakhstan and Thailand.

Before the anti-Russia sanctions took effect, Kalashnikov sold up to 200,000 guns annually in North America.