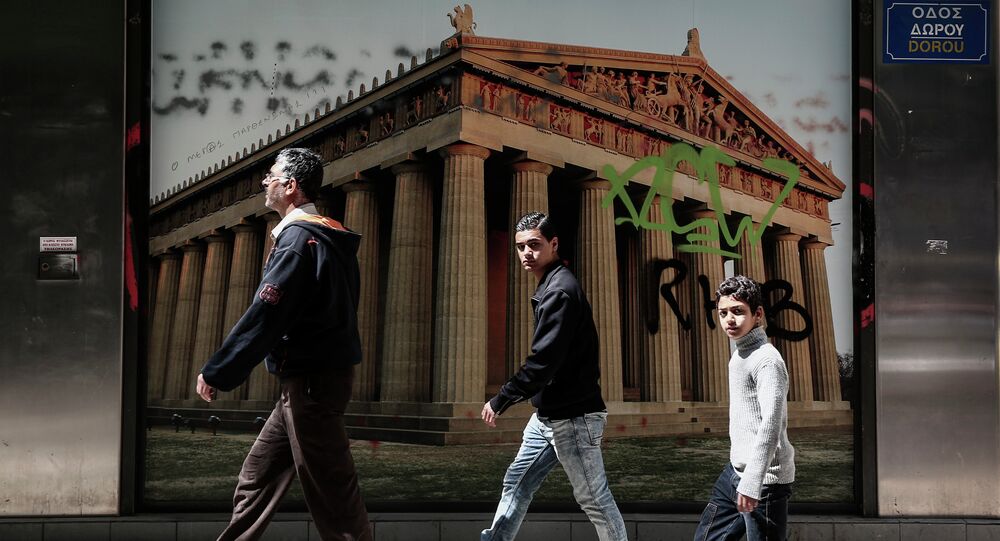 ATHENS (Sputnik) — Greece is currently in talks with its international creditors to secure additional financial aid before the current bailout plan expires on June 30.

"The Greek side is ready to submit counter-proposals to overcome the remaining differences, as it was agreed in Brussels at the meeting between [Greek] prime minister and the leaders of Germany and France, as well as head of the European Commission [Jean-Claude] Juncker," the source said.

According to the source, the two sides are "closer to an agreement than ever."

© AFP 2020 /
Playing Hardball: Germany Now 'Taking Advice' on Possible Grexit
The source stressed, however, that in order to reach the agreement, the other side had to demonstrate political will.

The Greek bailout talks hit another roadblock on Thursday when one of its three key lenders, the International Monetary Fund (IMF), quit the negotiations over alleged lack of progress.