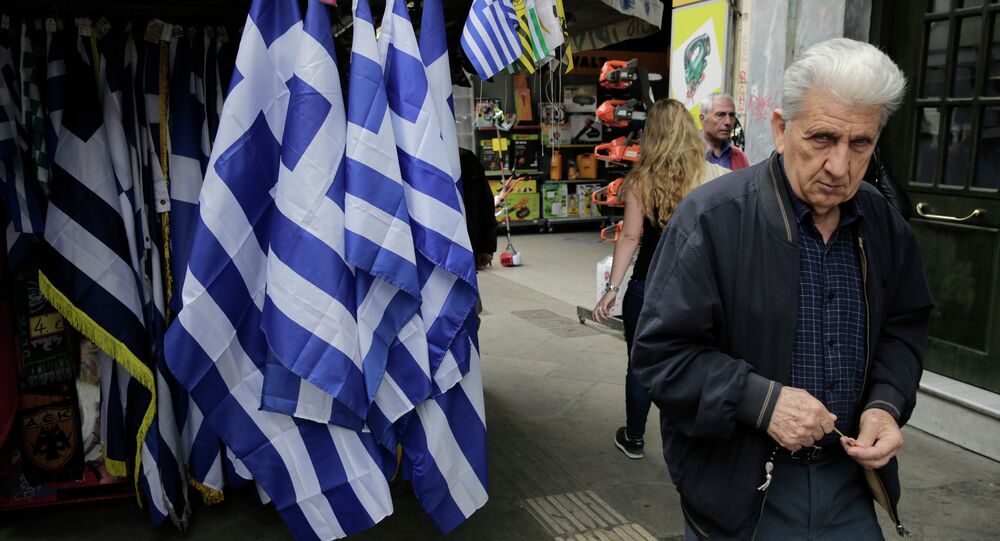 MOSCOW (Sputnik) — IMF's negotiating team left Brussels earlier in the day having failed to achieve progress in talks over 7.2 billion euros ($8.1 billion) of relief money to Greece, according to the Wall Street Journal.

Rice was cited as telling reporters that Athens' pension system, amounting to 10 percent of its GDP against the EU average of 2.5 percent, is unsustainable for the Greek economy.

© AP Photo / Yorgos Karahalis
IMF Halts Greek Bailout Talks Over Lack of Progress
"On financing, what we have said consistently is that is has to add up," the IMF spokesman said, adding that the sides are "well away from an agreement."

Taxes and financing close out the remaining sticking points in Athens' ongoing impasse with its international and European lenders, which require Greece carry out painful reforms in exchange for money.

Athens postponed repaying $350 million to the IMF due last week, pledging instead to bundle it into a single $1.8-billion payment by the June 30 deadline.

Greece owes some $270 billion of its overall $350-billion debt to three major international lenders, including the IMF, the Eurogroup and the European Central Bank.

Greek Debt Crisis Can Be Resolved 'Where There Is Will' - Merkel