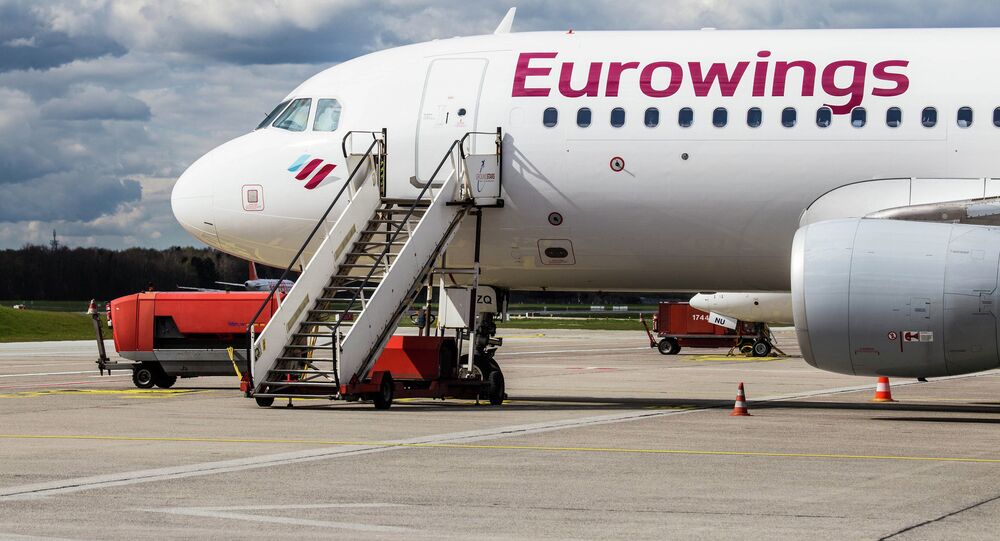 Germanwings after changing its name to Eurowings aims at having a 100 aircraft fleet, which will make the company third largest low-cost carrier in Europe, Lufthansa Group Media Relations head Andreas Bartels told Sputnik on Wednesday.

WASHINGTON (Sputnik) — Lufthansa CEO Carsten Spohr announced on Sunday that in the fourth quarter of 2015 Germanwings will complete re-branding process and will be called Eurowings.

“The goal is to end up at 100. With this we are the number three low cost carrier in Europe behind Ryanair and EasyJet.”

Bartels explained that Germanwings will become the core of the new Eurowings.

“Eurowings then will take over the routes, and of course the staff will have an opportunity to go to Eurowings. But if they do not want, they can go to Lufthansa, for example.”

Bartels noted that, at present, Germanwings has 60 aircraft while the existing Eurowings company has 23. When the two merge, seven more long-haul aircraft will be added to the fleet as well as two Eurowings aircraft flying from Vienna. The company will continue to grow, he added.

Many argue that Germanwings will be rebranded because of the recent plane crash, however, the parent company Lufthansa has repeatedly stated that the decision was made long before the deadly accident.