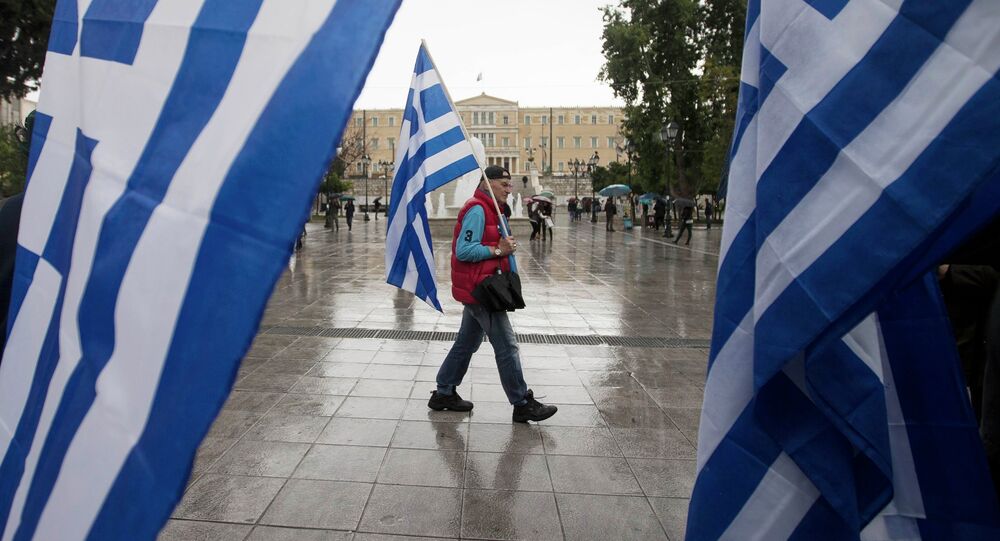 Athens is mulling over the position of a member of the BRICS New Development Bank.

"[Greece] is discussing its position to be a future member of the Development Bank of the BRICS," Isychos said.

Russia invited Greece to become the bank's sixth member on May 11, but discussions of Athens' ascension into the NDB were not due to start until the BRICS summit in July.

"Greece's bilateral agreement with BRICS countries has to do with what Greece and the BRICS countries are talking about on the question of development projects within Greece," Isychos told Sputnik.

© Sputnik / Michael Klimentyev
Russia Invites Greece to Be Sixth Member of BRICS New Development Bank
These discussions are not linked with Greece's outstanding debt to its European and International Monetary Fund lenders, the official said.

The NDB was created in mid-2014 by an agreement between Russia, Brazil, India, China and South Africa. The member states also agreed to establish a $100-billion liquidity reserve to maintain the bank's financial stability.

The bank is expected to become an alternative to Western-dominated financial institutions and will focus mainly on funding infrastructure projects.