KIEV (Sputnik) — The expected tranche would be meant primarily for the National Bank of Ukraine, as the country should "gradually restore its gold reserves," the minister added.

"I am sure that the IMF will support us if it sees substantial progress… On the next tranche of $1.7 billion, I am convinced that we will get it sometime in July," Jaresko told the Ukrainian Mirror Weekly newspaper on Friday.

In March, the international creditors agreed a $40 billion aid package for Ukraine. The first part of the package is IMF's $17.5 billion loan for four years. 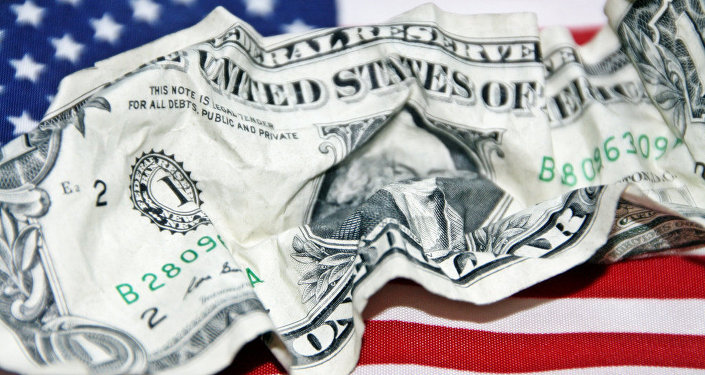 © Flickr / Images Money
US Throws Another $1 Bln Worth of Loan Guarantees at Ukraine
Shortly after the package was agreed, Jaresko said that the promised money would hardly be enough to restore Ukraine’s economic growth.

The IMF’s aid to stabilize Ukraine's economy was endorsed in exchange for Kiev's commitment to implement complex reforms in the country. So far, Ukraine has received the first tranche of $5 billion and plans to receive another $10 billion by the end of 2015.

A year-long military conflict in eastern Ukraine has led to the economic crisis in the country, namely national currency plummeting amid a looming default and Kiev’s unattractiveness for global credit institutions.

US to Sign $1-Billion Loan Guarantee With Ukraine Monday - Kiev