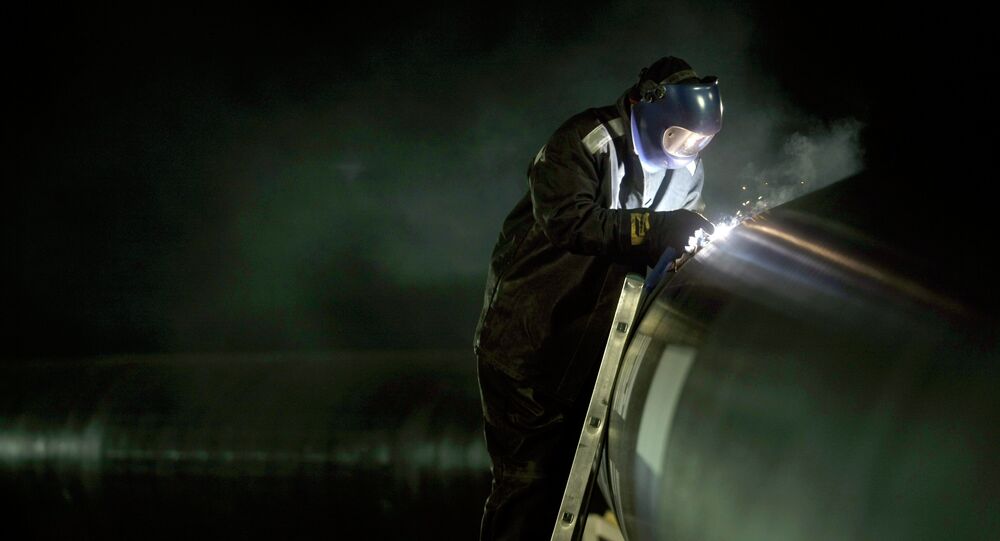 Tehran received proposals regarding the Turkish Stream but has not entered into a serious discussion, minister Zarif said.

“Iran has received proposals in regard to this issue. We also wish to cooperate with other countries, including Russia, in safely providing the world with energy resources,” Zarif told Rossiya-24 television.

According to the minister, Iran “has so far not entered into a serious discussion of these issues.”

© AP Photo / Vahid Salemi
Azerbaijan Invites Iran to Join TANAP Gas Pipeline Project
Earlier in the week, the director of the National Iranian Gas Company’s Liaison Office said that Iran might use the Turkish Stream gas pipeline to deliver gas to Europe if that route is the most ideal.

In December 2014, Russian energy giant Gazprom announced the construction of the Turkish Stream pipeline, which will run across the Black Sea from Russia to Turkey. The planned annual capacity of the pipeline is 63 billion cubic meters of gas, according to Gazprom.

The pipeline is expected to become operational in December 2016.