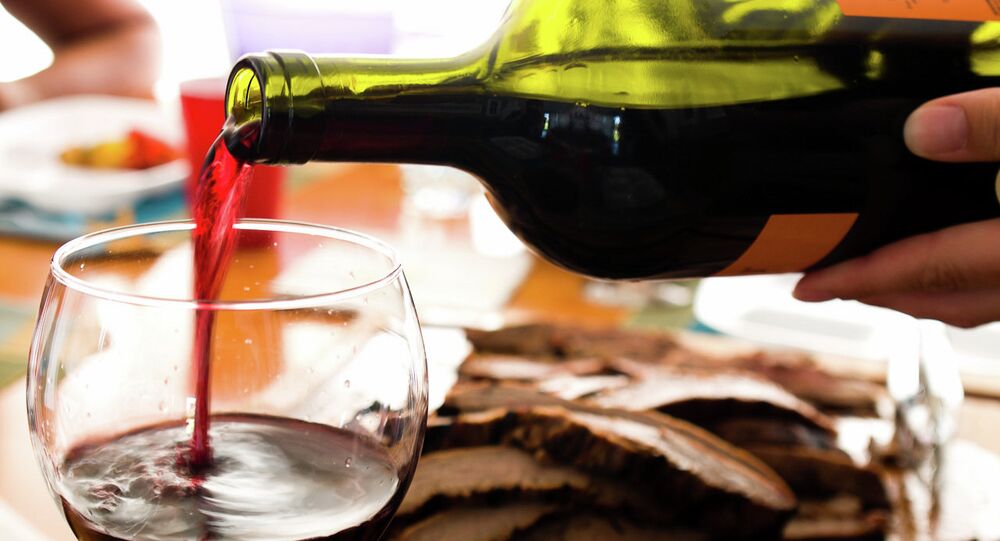 Canada Seeks $3 Billion in Tariffs on US Meat, Wine

American steaks and syrahs are about to get pricey for their neighbors to the north.

© Flickr / US Department of Agriculture
What's Your Beef? Mexico, Canada Prepare for Trade War With US After Court Ruling
In the latest move towards a  possible trade war among North American nations, Canada has filed a request with the World Trade Organization for $3 billion in tariffs a year to be imposed upon imports from the United States, including meat, wine and produce.

The Canadian government is taking the first steps to follow through on threats to retaliate against US imports as part of their complaint that the US' labeling laws were hurting Canada's export industries.

In particular, Canada is upset at a labelling law in the US that requires meat packaging to indicate where the animal was born, raised and slaughtered, a measure American consumer advocates say brings transparency to the food we eat, and that consumers have a right to know where that food comes from.

Canadians however, and Mexican meat exporters as well, say the labelling is putting their beef and pork products at an unfair disadvantage on the market and violates trade agreements. They contend that the labelling complicates the sorting process to a degree that ends up subtly prodding American retailers to choose American producers instead.

On May 18, the WTO agreed, for the fourth time, with Canada and Mexico's arguments about country-of-origin labelling, or COOL, and the Canadian government called that decision "final, without the possibility of further appeal."

Canada has now officially announced they will slap tariffs — of up to 100% — on a variety of US products, including: meat, wine, maple syrup, ketchup, furniture, various fruits and vegetables, grains, pasta, jewelry, baked goods, adjustable swivel seats, and frozen orange juice.

"Despite the WTO's final ruling that U.S. country of origin labelling measures are discriminatory, the United States continues to avoid its international trade obligations," Canada's Trade Minister Ed Fast said in a statement. "Our government will now move ahead under the WTO process and seek authorization for over $3 billion in retaliation."

At the time of the WTO's last ruling, representatives of the US' meat industry were dire in their predictions of what would happen if Canada chose to go this route.

"That’s a death sentence for US jobs and exports," Ron Prestage, President of the National Pork Producers Council told the Associated Press.

The Canadian government continues to call on the US to repeal COOL. A US House of Representatives panel voted for repeal just days after the WTO's decision and a full House vote is expected in June. Even if the bill passes the House, it would face a tougher battle in the Senate.

"The WTO has ruled that the United States is out of options and out of time," Agriculture Minister Gerry Ritz added. "The only way for the United States to avoid billions in immediate retaliation is to repeal [the law]."

Meanwhile, consumer advocacy groups insist the ruling is a denial of basic democratic principles, since the majority of Americans support the labelling laws, and warn the American public that they can expect more such overreach from free trade deals, like the TPP.

"Our food safety policies in this country should not be dictated by a closed-door trade tribunal," says the Center for Food Safety in an online statement.

US Economic Ties, Trade With Cuba to Grow Slowly