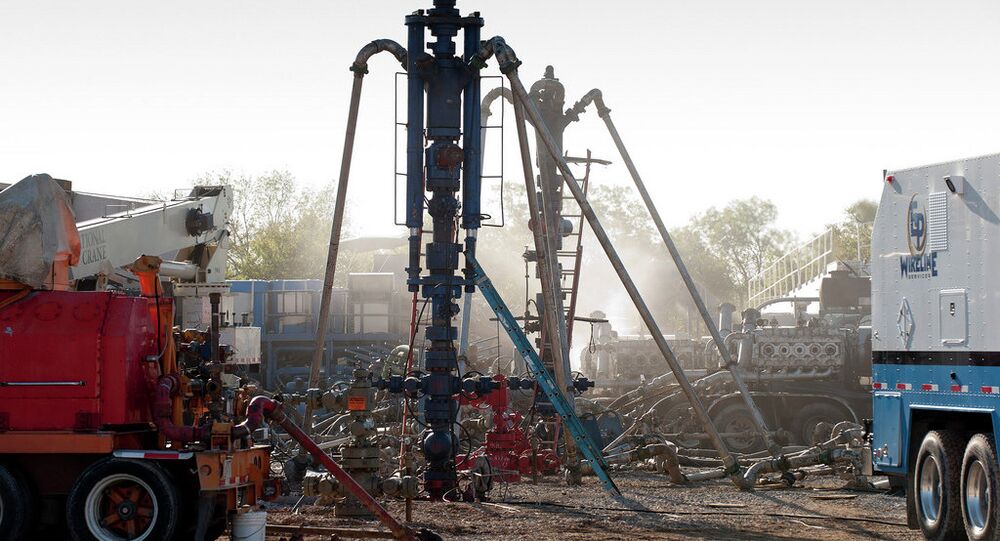 The chiefs of Norway’s Statoil and the US ExxonMobil oil and gas companies criticized Thursday EU laws restricting the use of fracking to extract shale gas and oil.

MOSCOW (Sputnik) — Fracking is the high-pressure injection of water, sand and toxic chemicals into the ground to extract oil and natural gas from shale formations. The method is currently banned and restricted in all the EU states except for Denmark, Poland and the United Kingdom for environmental concerns.

“I am confident that it is possible to operate fracking operations in Europe in a responsible manner as it is in the US. It is accessible, it is close to the markets, it can be done, it is not rocket science,” Statoil's chief executive Eldar Saetre told the Financial Times.

© Flickr / phxlaw1
UK's Third Energy Submits Application for Gas Fracking in Yorkshire
ExxonMobil's chief Rex Tillerson, according to the newspaper, stressed that Europe "could see a natural gas renaissance," similar to that in the United States, provided that the governments of such EU states as France and Germany legalize the use of fracking.

The use of fracking in the United States has made the country the world’s leading oil producer. But the controversial extraction method has raised a number of environmental concerns and has caused many protests by environmentalists and local communities in Europe.

Fracking increases the danger of earthquakes and can lead to significant ground water pollution, according to the March's study by the Berlin-based Energy Watch Group.

The study also claims that fracking could contaminate drinking water in Europe and cause severe environmental damage in just ten years. The researchers also called the cost-effectiveness of the extraction technology questionable.