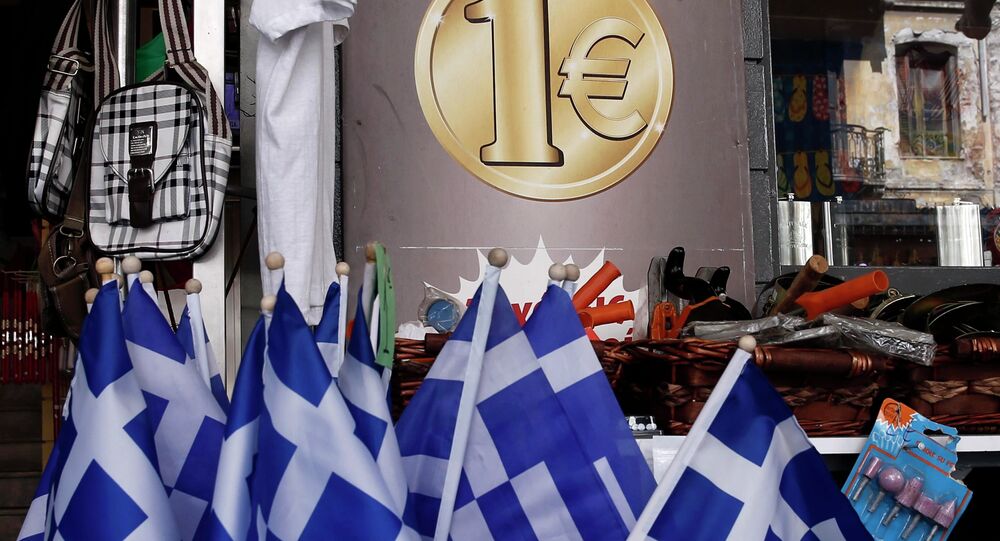 BRUSSELS, June 4 (Sputnik) — Speaking to members of the European Committee of the Regions, Jean-Claude Juncker added that Greece would get the money if it implemented required reforms, expressing his hope that economic growth would return to Greece.

Greece was particularly hard-hit by the aftereffects of the 2008 economic crisis, quickly going into a $350 billion debt by accepting large loans offered by the International Monetary Fund (IMF), the European Union and the European Central Bank (ECB).

© REUTERS / Alkis Konstantinidis
Grexit to Have Positive Effect on Greece, Eurozone - German MEP
On Friday, Athens is due to make a $330 million debt repayment to the IMF.

Local media reported Wednesday that Greece would not make the June repayment unless there was a guarantee of a new aid deal with the Brussels Group.

The country's ruling party Syriza hopes to secure additional financial aid without implementing unpopular economic and social reforms that its creditors are requiring before the current bailout plan expires on June 30.