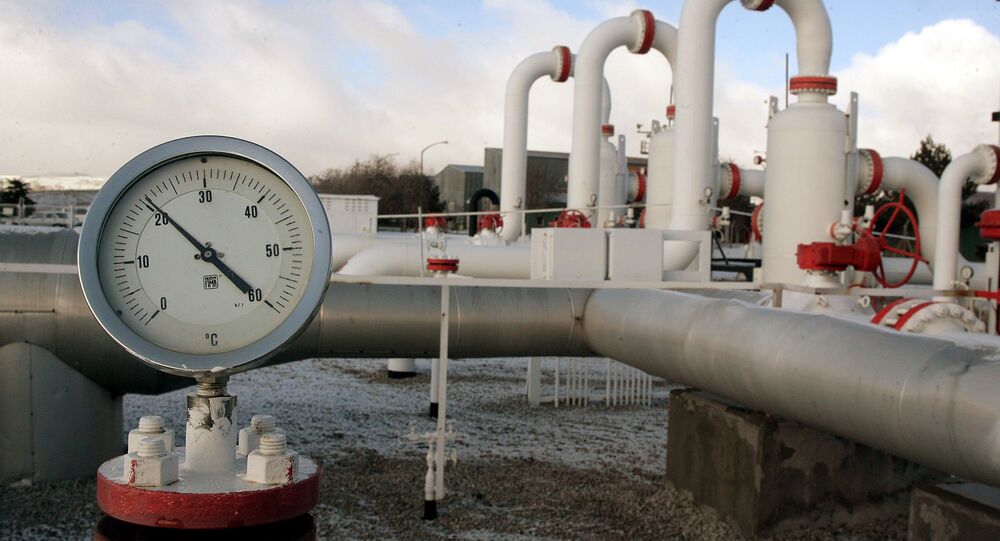 With more countries interested in taking part in the new major energy infrastructure project, known as the Turkish Stream, the pipeline Russia wants to construct could well become the backbone of a gas supply system in the region.

© Sputnik / Taras Litvinenko
Russia's Turkish Stream Project to Kill Two Birds With One Stone
Russia's envoy to the EU Vladimir Chizhov shared this sentiment, saying "the [Turkish Stream] stands a good chance of becoming the basis of the energy supply not only in the Balkans, but in the whole Southern Europe."

At the moment, Moscow and Athens are discussing the details of the construction of the Greek segment of the pipeline, which will run from the Greek-Turkish border to Macedonia. On Wednesday, Macedonian Prime Minister Nikola Gruevski said that the country will take part in the project as soon as Russia and the European Union reach an agreement on the issue.

"Since the country seeks to join the European Union, … Skopje, as well as Belgrade have to consider Brussels' stance on the issue," Chizhov noted. "There is nothing surprising or tragic about it."

Russia's ambassador to the EU explained that any energy infrastructure project needs several key components to be successful – namely, gas, money and political will of all participants. "Sometimes it is hard to assemble all of the components," he said, citing South Stream, a gas pipeline project abandoned by Russia in December 2014, as an example.

© REUTERS / Marko Djurica
US Fears Russia's Turkish Stream Pipeline Will 'Free' Europe - Diplomat
The Turkish Stream will serve as an alternative to the South Stream.

Construction of the first segment is expected to begin next month, according to Russia's energy giant Gazprom. Earlier in May, Gazprom CEO Alexei Miller said that the Turkish Stream pipeline would be operational in December 2016.