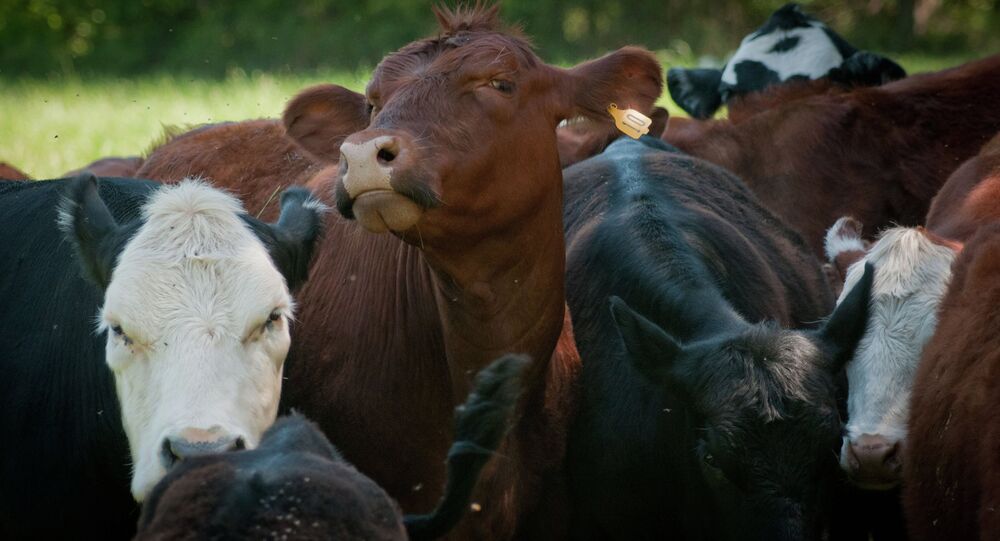 What's Your Beef? Mexico, Canada Prepare for Trade War With US

Mexico and Canada won a trade dispute on Monday, and the US may reconsider its current legislation requiring country-of-origin labeling on imported meat products, or face sanctions from its neighbors.

The World Trade Organization sided with Canada and Mexico in their complaint that the US' labeling laws were hurting their export industries.

US retailers are currently required to indicate where an animal was born, raised, and slaughtered, and the complaint alleged that this was doing serious damage to meat exports.

"Our governments will be seeking authorization from the WTO to take retaliatory measures against US exports," read a joint statement from the Mexican and Canadian ministers for trade and agriculture.

Though proponents of the US country-of-origin labelling (COOL) laws say they are an essential tool for shoppers who want transparency about the foods they consume, Republican opponents are pushing to repeal them under threat of retaliatory sanctions.

"It is more important now than ever to act quickly to avoid a protracted trade war with our two largest trade partners," Rep. Michael Conaway (R-Texas), chairman of the Committee on Agriculture told Reuters. His Democratic rival on the committee, Collin Peterson, however, cautioned that the WTO process had not run its course.
Pork and beef industries in Canada say the rules add to production costs and are costing them $1 billion a year, leading some livestock producers into collapse. Canada has already said it may strike back against several US export industries, including wine, chocolate, ketchup and cereal.
Mexico has not yet listed its potential targets but estimates the laws have done similar damage to its meat industries.
"Unless Congress acts now, Canada and Mexico will put tariffs on dozens of US products," said Ron Prestage, President of the National Pork Producers Council told the Associated Press. “That’s a death sentence for US jobs and exports."
But Lori Wallach of the consumer watchdog group Public Citizen noted that a survey in 2014 found that 90% of Americans supported the regulations.

"Today’s WTO ruling… effectively orders the US government to stop providing consumers basic information about where their food comes from," Wallach said.
Others, like R-CALF USA, a lobbying group for US cattle producers, told the AP they see the ruling as an attack on "US sovereignty" in deciding how to regulate its own industries — a criticism often leveled against free trade deals.
The regulations were put in place in 2009. US Trade Representative Chief Counsel Tim Reif said his office would continue to talk to Congress and the public in deciding how to respond to the WTO ruling.