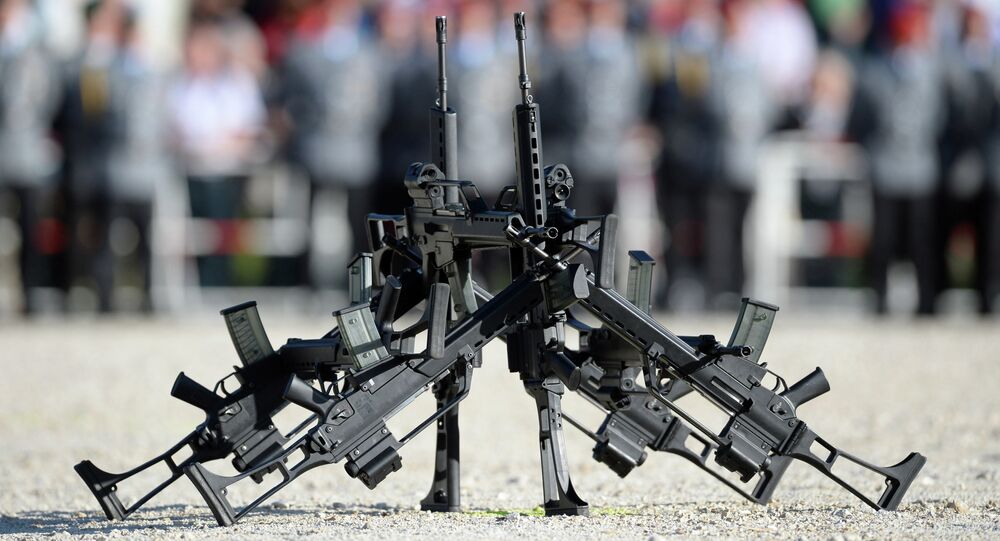 According to the newspaper, the company made 3 million euros ($3.4 million) in the illegal sales of G36 assault rifles.

The weapons are said to have been delivered to the Mexican states of Guerrero, Jalisco, Chiapas and Chihuahua. Part of the arms supplies might have fallen into the hands of drug cartels.

According to the ZKA, the enlisted states received 4,767 rifles from Heckler & Koch. The agency also called for bringing legal charges against five staff members of the German company.

The ZKA demands the company should be fined by 3 million euros it gained from the illegal sales.

Heckler & Koch is one of the world's leading manufacturers of small arms, according to the company's website. It has security forces, the police and special forces of the German Federal Armed Forces, NATO and NATO-associated states among its partners.

In 2012 alone, the company generated 235 million euros in revenue. It has subsidiaries in the United States, the United Kingdom and France.

US Arms Sales to Kiev Would Only Fuel Tensions: Russian Official