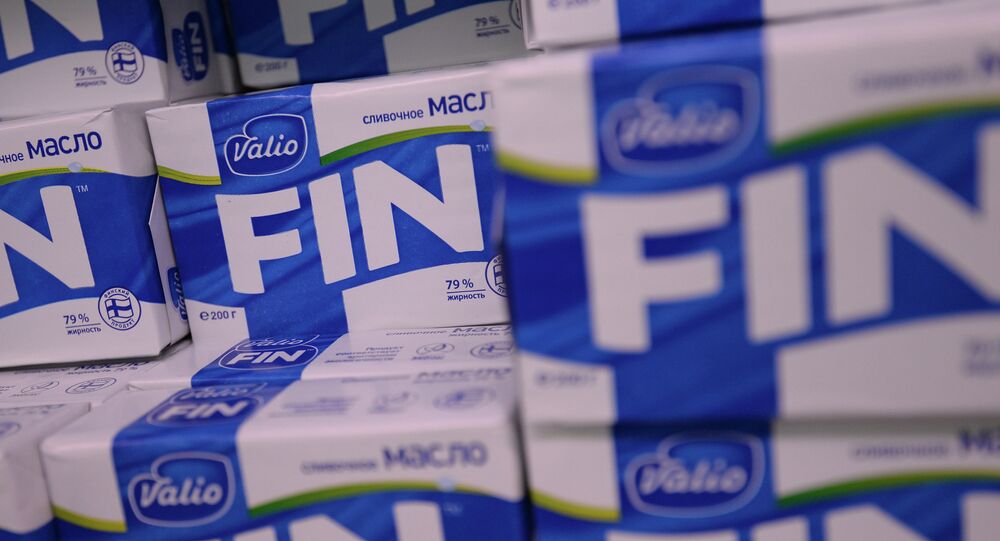 Russia’s Trade Representative said that Finland is likely to lose millions of euro in 2015 if the EU keeps its anti-Russia sanctions in place.

Commenting on trade profits for 2014, Shlyamin said that Finland had lost $104 million in losses sustained by the Finnish dairy firm Valio alone.

“Assessing future losses in 2015, I can say that Finland will lose much more if the sanctions are kept. They could run to hundreds of millions euros,” Shlyamin told RIA Novosti.

In April, Valio announced plans to lay off up to 320 employees, citing a 20-percent drop in its exports to Russia. This is Valio’s third wave of layoffs since the introduction of Russia's food import ban, which has affected about one-tenth of the company’s workforce in Finland.

The overall job losses in Finland due to the sanctions amounted to some 6,000, Shlyamin said.

Russia imposed an embargo on food originating from the European Union and a number of Western countries in August 2014. The move came after the West slapped several rounds of economic sanctions on Russia, citing Moscow’s alleged role in the Ukrainian conflict. Russia has repeatedly denied the allegations.

Russia to Work With EU Partners if Sanctions Not Extended - Lavrov

Siemens to Continue Business in Russia Amid Western Sanctions