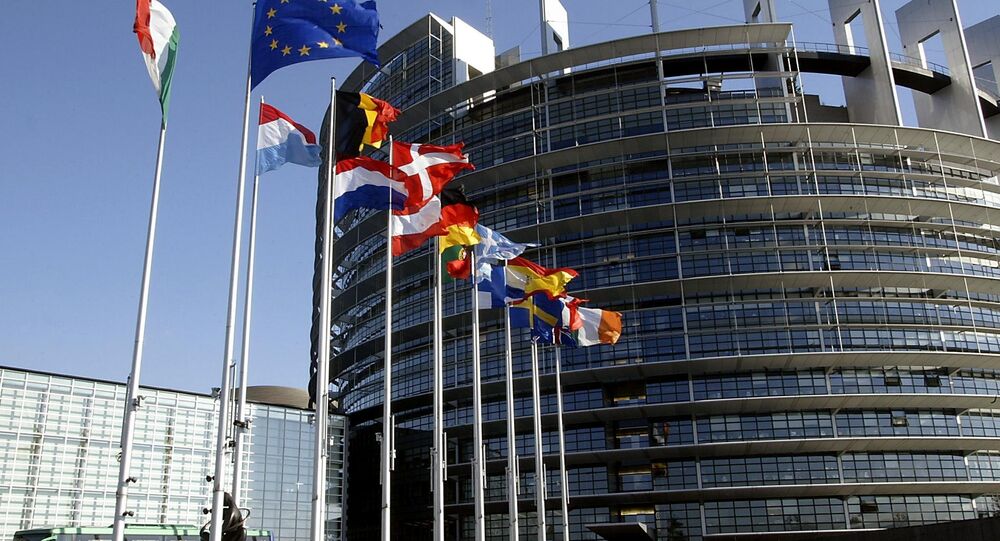 Anti-Russian sanctions might be somewhat effective in 2015, but it will be certainly the last year, said the analyst.

© Sputnik / Sergey Kuznecov
EU Ambassadors, Russian Lawmakers to Hold Discussions on Lifting Sanctions
Bret said that not all European countries approve sanctions. A lot of folks in Hungary, Greece, and even France and Britain criticize the effectiveness of anti-Russian sanctions.

The longer sanctions remain in force, the less effective they become, as countries affected by sanctions learn how to overcome them. The examples of Cuba and Iran prove that point. Although at first Tehran and Havana felt the pressure of sanctions, they later figured out how to live with them and even how to dodge them, the French analyst argued.

Sanctions can really be a double-edged sword. At this day and age, when the global economy is closely integrated, their effectiveness raises many questions, especially when it comes to putting sanctions against a large, economically strong country, such as Russia. At the end of the day, both sanctioned and sanctioning parties lose as a result of sanctions.

Last week, Italy's economic minister Pier Carlo Padoan said sanctions against Russia have to be lifted as soon as possible since they are damaging Italian businesses that operate in Russia and that in turn hurts the country's economy.

"I sincerely hope that we will come to canceling sanctions as soon as possible, and that economic partnership between Europe and Russia, as well as Italy and Russia will continue to grow," Padoan told RIA Novosti.

© Sputnik / Vladimir Sergeev
'ASAP': Italy’s Economic Minister Urges Lifting of Anti-Russia Sanctions
After the European Union (EU), alongside with the United States and a few other countries, imposed economic sanctions against Russia in 2014, accusing Moscow of getting involved in the Ukrainian crisis, Russia in turn banned about $9 billion worth of food imports from the EU.

The Russian food ban on the EU hurt the economies of several smaller European nations that heavily rely on food export. Previously, as a lot of their exports were to Russia. Even Germany is said to have lost about €600 million ($668 million) after the country's farmers could not sell their products in Russia.

French Lawmaker Hopes Anti-Russia Sanctions to Be Lifted in July