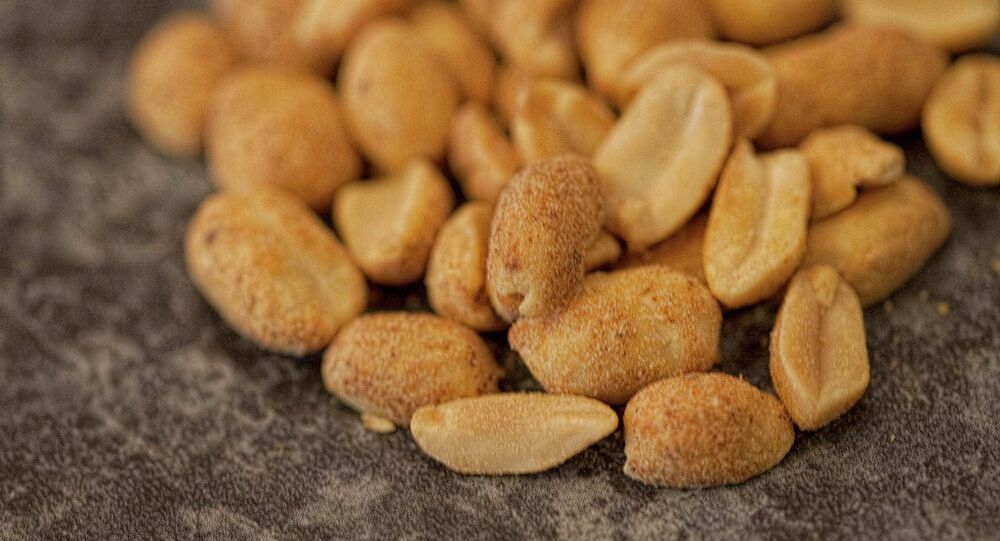 Russia has imposed temporary restrictions on the import of peanuts from the United States due to a high level of toxic element cadmium in the product, Russian state agricultural watchdog Rosselkhoznadzor said in a statement Thursday.

MOSCOW (Sputnik) – US peanuts shipped before May 1 can be imported only after laboratory tests confirm the compliance of each single batch of the product, according to the watchdog.

"Rosselkhoznadzor will introduce temporary limitations on import [of US peanuts] to Russia [from the United States], as well as through third countries from May 1, 2015,"the watchdog noted.

Rosselkhoznadzor explained the measure with "risks associated with life and health of Russian citizens."

Earlier in the month, Rosselkhoznadzor revealed an almost two-fold excess of the maximum permissible level of cadmium in two batches of US peanuts.

Following Crimea's reunification with Russia and the escalation of the Ukrainian conflict, the United States, the European Union and their allies accused Moscow of meddling in Ukraine's internal affairs and imposed economic sanctions against Moscow

In response to the restrictive measures, in August 2014 Moscow introduced a year-long ban on certain food imports from the countries that had imposed sanctions.