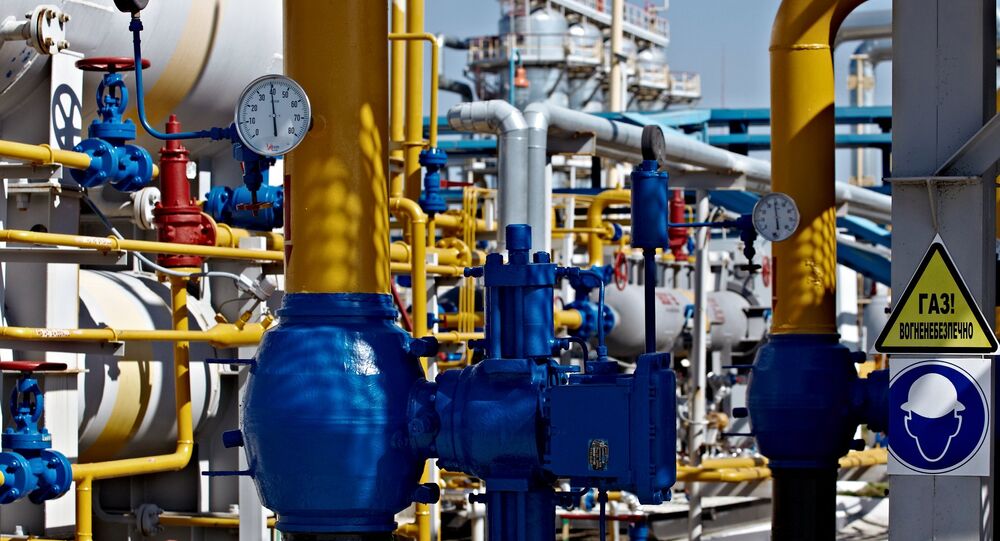 Former US Assistant Secretary of Energy Chuck McConnell said that he, being a US taxpayer, does not want the United States to pay the gas bill for Ukraine.

"Should a supplier like Russia look for alternative ways to get around Ukraine? Yes, you should look at them," McConnell, currently the head of Rice University's Energy and Environment Initiative, said.

Last week, Russian Energy Minister Alexander Novak said Russia will most likely refrain from transiting gas to Europe through Ukraine once the current contract expires in 2019. With that goal in mind, the country will focus on the construction of gas transport infrastructure to Turkey.

McConnell stressed that Ukraine in many instances has shown itself to be an unreliable customer.

"What I have observed is many people in Ukraine looking for someone else to pay their bills, and often times that turns into the United States being there to supply them. When you don't pay your bills, you can't expect your supplier to continue to be happy with you. I think the dynamics in Ukraine have not been well represented," McConnell said.

© East News / Science Photo Library
Former US Official Says Middle East Against Fracking to Control Oil Supply
McConnell added that, being a US taxpayer, he does not want the United States to pay the gas bill for Ukraine.

Russia has repeatedly expressed concern over Ukraine's untrustworthiness as a transit country. Currently, up to 40 percent of Russian gas is delivered to Europe through Ukrainian territory.

In December 2014, Moscow announced the cancellation of the South Stream gas pipeline, citing EU objections. The pipeline was intended to traverse the Black Sea to deliver Russian natural gas through Bulgaria, Serbia, Hungary and Slovenia to Italy and Austria.

The Turkish Stream pipeline, with a similar capacity, will replace the South Stream. The new pipeline will travel through Turkey to a gas hub on the Turkish-Greek border for further distribution to consumers in southern Europe. The Turkish Stream is expected to begin operating in December 2016.