On July 15, 2014, the member countries signed an agreement to establish the $100-billion BRICS New Development Bank and a reserve currency pool worth another $100 billion. 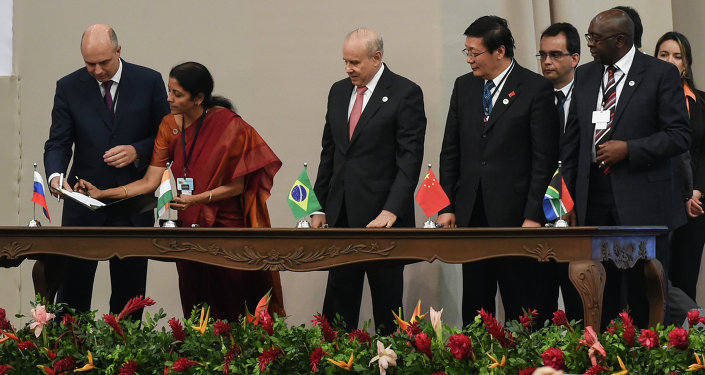 BRICS is an informal interstate association of Russia, Brazil, India, China and South Africa, accounting for 14.6 percent of the world's GDP.

Russia will contribute $18 billion to the pool, along with India and Brazil. China is expected to contribute the largest share, $41 billion, and South Africa will chip in the remaining $5 billion.

The $100 billion pool will maintain financial stability of the BRICS countries and allow for defenses against market volatility.

Within the reserve currencies pool, the BRICS countries will be able to temporarily provide each other with financial support in US dollars if liquidity problems arise.