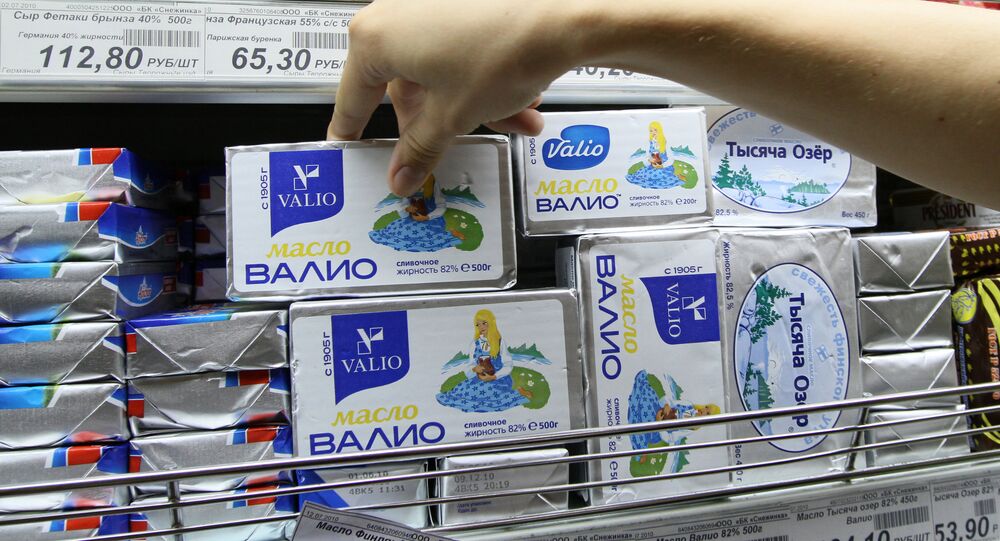 Finnish dairy manufacturer Valio is planning to cut up to 320 jobs after its exports to Russia dropped 20 percent amid the current food embargo, the company said in a statement on Friday.

© Fotolia / Aleksandar Mijatovic
Greek Farmers Lost Over $46 Mln in Russia's Food Ban: Report
MOSCOW (Sputnik) — Russia banned foodstuff imports from the European Union and a number of other Western nations in August, as the West blamed Moscow for interference in the Ukrainian internal crisis and imposed several rounds of sanctions against Russia.

"….it is estimated that at most the equivalent of 320 man-years [320 work positions per year] in redundancies need to be achieved."

This is the third round of job cuts initiated by Valio following Russia's import ban, which has affected nearly one-tenth of some 3,600 current employees working in Finland. Valio employs in total some 4,400 people.

On April 22, the company will commence negotiations to "investigate the most efficient way to manufacture our current product range and that for future needs."