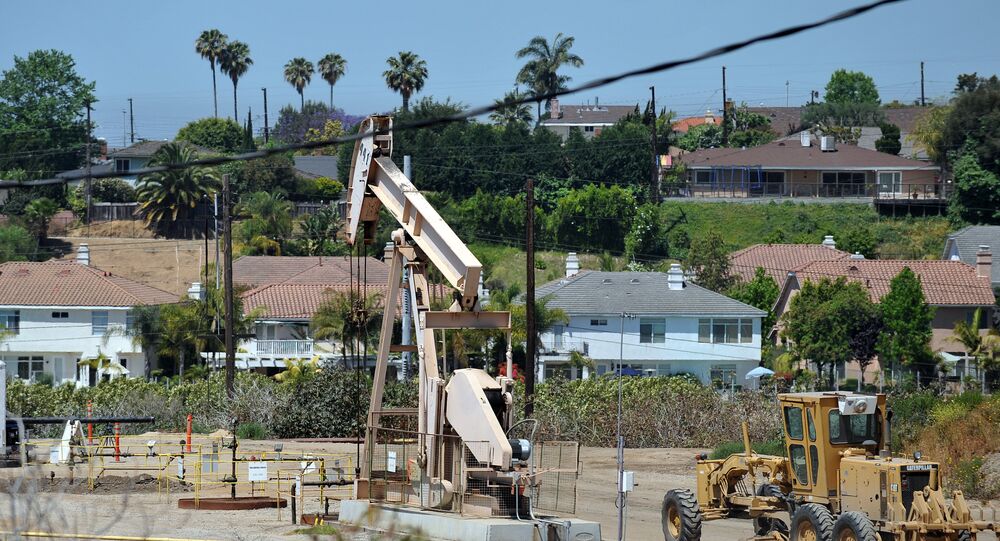 The number of oil rigs in the US dropped for the eighteenth consecutive week as energy companies slowed down their search for oil in the face of low crude oil prices and US oil inventories being at all-time highs, according to weekly data compiled by the Baker Hughes.

WASHINGTON (Sputnik) — The US oil rig count dropped by 42 to 760 rigs on Friday, compared to 802 rigs last week, reaching a number last seen in December 2010.

Since an October 10, 2014 high of 1,609 rigs, the US oil rig count has plummeted nearly 53 percent, according to the Baker Hughes update.

The US oil rig count witnessed rapid growth on the heels of new oil discoveries and a fracking boom that catapulted the United States to be the world’s leading oil producer.

However, low oil prices have stemmed the growth of investment in new oil rigs amid an oil glut.

US oil inventories registered a historic high this week, according to the US Energy Information Administration (EIA). The data signals the US oil rig count still has room to drop further.

The EIA does not expect US oil inventories to decline until May.

Benchmark West Texas Intermediate Crude futures hovered below $52 per barrel on the New York Mercantile Exchange (NYMEX) on Friday, down from a high of nearly $100 per barrel in June 2014.